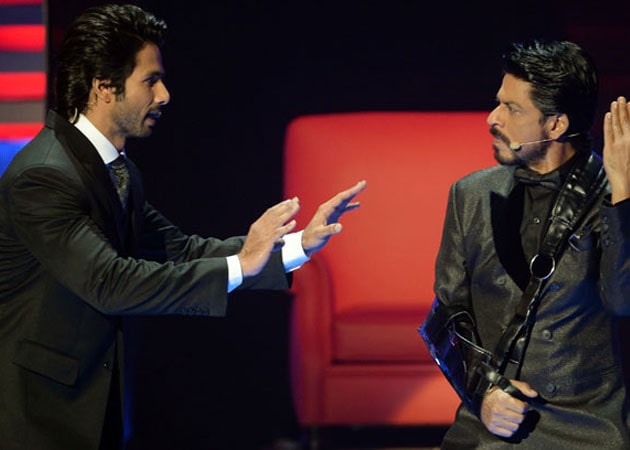 The 14th International Indian Film Academy (IIFA) awards and weekend not only celebrated 100 years of Indian cinema but also showcased talent which form the future of Bollywood as well.

The 14th International Indian Film Academy (IIFA) awards and weekend not only celebrated 100 years of Indian cinema but also showcased talent which form the future of Bollywood as well.
The awards focused on a lot of new talent which has emerged in the last few years in the industry, rather than just showcasing performances of veterans.
The performance line up at the celebrity studded celebration included both newcomer as well as veterans. Young actors like Sushant Singh Rajput, Deepika Padukone, Ayushmann Khurrana and Parineeti Chopra performed at the main TATA Motors IIFA awards night whereas stars like Jacqueline Fernandez, Sonu Sood, Sophie Chaudhary, Arjun Kapoor, Dia Mirza, Hussain Kuwajerwala and Gauhar Khan performed at IIFA Rocks.
Talking about the opportunities given to them by IIFA, Ayushmann Khuranna said that awards like these boost confidence of actors like him.
"Award shows for new actors like me give me the right kind of encouragement. I am not a big star who will say that these awards don't matter. I am new to this, I will also be performing here, which is a big opportunity for me," he said.
Ayushmann performed to melodious numbers along with Parineeti Chopra at the main event. The actress also revealed that she was always waiting for her chance to go up on the IIFA stage.
"It is exciting as always. I have said it before that IIFA was the first one to do it. They were the reason that Bollywood came closer to global fans. This time I have been offered to be on their main stage," she said.
Not only the performances were youth-centric, but IIFA also focused on fostering and cultivating acting talent in the youth this year with their workshop on acting with Anupam Kher called "100 years of Indian cinema: An actor Prepares". The actor conducted interactive exercises with the audiences.
Actress Dia Mirza was also all praise for the new generation of actors.
"It is wonderful. I am a huge admirer of most of them. They come in with the advantage of so much more preparation. They are so evolved.
"Their confidence levels are so high. I love Parineeti, Huma, Richa...Deepika is doing so well. I feel very good. All these people are people who even I will want to work with now...this is the kind of talent which excites me," she said.
Bollywood actress Madhuri Dixit, who has been a part of the industry for many years, expressed complete support of the new comers entering Bollywood. The actress said that these talented people raise the bar of the industry.
"It is great to have people who are talented as it raises the standard if our own movies.... All these new directors... and the kind of scripts they are getting and the way the films are made today, is wonderful," she said.
Singer Sonu Nigam was also in awe of the opportunities presented to young talent today.
"I see so many new people who after reality shows, have housefulls. We had to struggle so much in the 90s. There were hardly any opportunities. We had to wait for work. Today, it has changed a lot," he said during a press conference on the importance of music.
Laying focus on new comers, the hosting at the event also had a small part where Shah Rukh Khan and Shahid Kapoor pretended to teach some lessons to the newcomers like Parineeti Chopra, Sushant Singh Rajput and Ayushmann Khuranna.
The main awards were a truly memorable experience with the king of Bollywood, Shah Rukh Khan, and actor Shahid Kapoor hosting the show in a funny yet unique way.
The best actor award was bagged by Ranbir Kapoor for Barfi, whereas the best actress award went to Vidya Balan for Kahaani. Anurag Basu won the best director ward for his film Barfi.
IIFA truly lived up to its reputation of being one of the most stylish yet traditional award functions this year as well. A mix of old and new stars were present for the weekend including Shah Rukh Khan, Shahid Kapoor, Neha Dhupia, Madhuri Dixit, Parineeti Chopra, Sonu Soon, and Arjun Kapoor to name a few.