IIFA Awards: What Deepika, Sonakshi, Hrithik Have Done in Madrid so Far

Deepika Padukone is charming the city by her style while Hrithik Roshan and Sonakshi Sinha are busy practicing for their performance at IIFA. Bhumi Pednekar was happy even after losing her wallet. 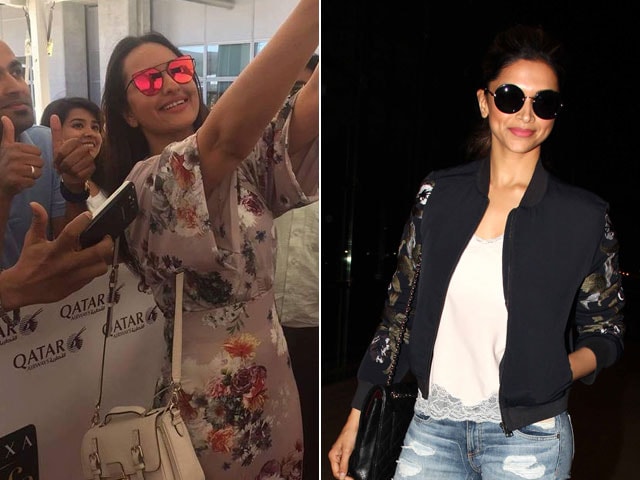 Bollywood celebrities are soaking in the Spanish sunshine as they flock to the city Madrid to attend the annual International Indian Film Academy Awards (IIFA) weekend.
Actress Deepika Padukone is definitely going to charm the city with her style. This was her first outfit in the city - how is she going to top this look on the red carpet?

Sonakshi Sinha is all kicked about her performance. She Instagrammed a picture of her practice session.


The stage is set and so are we @shiamakofficial!!! #iifa2016 #performance #rehearsals #dancedance

Sonakshi also posted a picture of her ASOS travel outfit:

Actor Hrithik Roshan, whose entourage consists of sons Hrehaan and Hridhaan, Instagrammed pictures with his cuties as he checked out the city:


It's not the cobbled roads but what's on the side of it that has their attention. #foodaboveallelse #settingup #IIFA2016

One of these isn't like the others. He just wants to get inside the cabin. #itsjustplanesdad #arewethereyet #onthewaytoIIFA #iifa2016

But it was not all play for Hrithik. He tweeted a picture of dance practice:


Me n d FORCE! Cant do anything without them! Love u guys @Shiamakofficial#bestdancersintheworld#IIFA2016#Madridpic.twitter.com/FKemZZ1ukc

Actors Shahid Kapoor and Farhan Akhtar, who will be hosting the show, looked excited in these posts shared on Instagram. Shahid also thanked his now-five million followers on Instagram.

She lost her wallet, but even that could not dampen the spirit of Dum Laga Ke Haisha actress Bhumi Pednekar.

Actor Riteish Deshmukh took a photography class in Madrid and Instagrammed these images.

Actor Anupam Kher was definitely in a holiday mood after completing his 500th film, The Big Sick, while Sooraj Pancholi posted a picture with Hero co-star Athiya Shetty on Twitter.


My first day in Madrid. Sharing some pics with you all. Enjoy.:) #IIFA2016#MadridDiariespic.twitter.com/JRmH3u7Pit

Team Hero at the @IIFA ! @theathiyashetty#IIFA2016#IIFAMadridpic.twitter.com/T1mYrGGCe0

IIFA weekend spans June 23-26. Other celebrities who are expected to reach the city soon are Alia Bhatt, Salman Khan, Karan Johar, Ameesha Patel and Neha Dhupia, who were spotted at the Mumbai International airport on June 22. 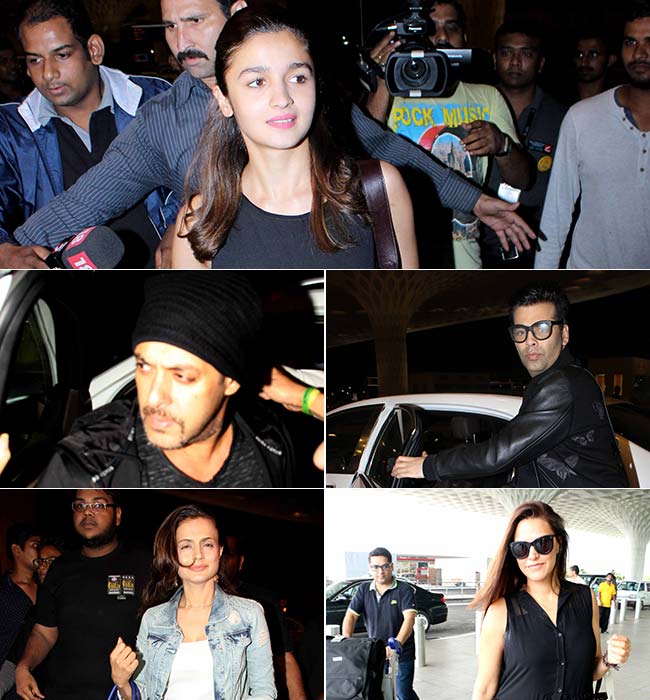 We are eager to see their rendezvous with Madrid.