Bollywood is dressing to impress America, host country of this year's IIFA Weekend 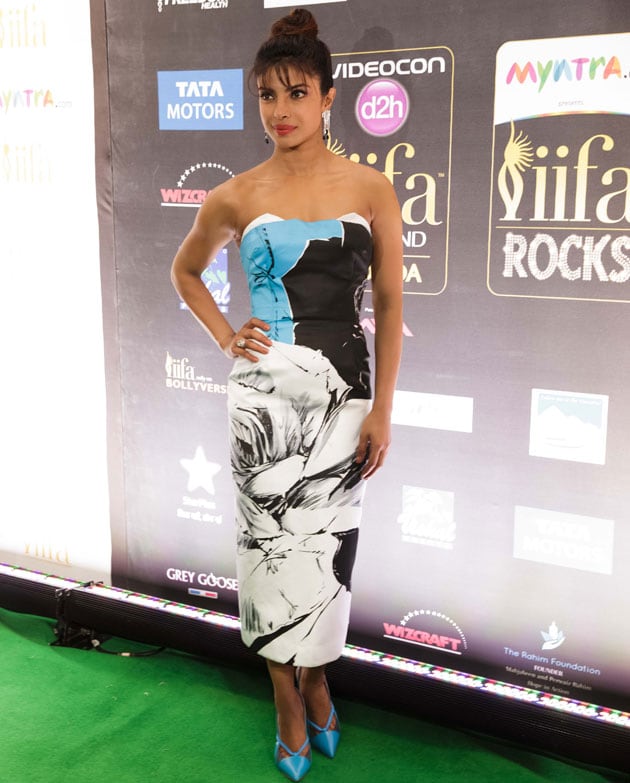 Giving Priyanka serious competition on the IIFA Rocks carpet was Bipasha Basu, sleek in metallic Gaurav Gupta. Bipasha told NDTV that she shared a special connect with Florida: Florida is very close to my heart. My journey in the business started here. So coming back here after a long time is very exciting. 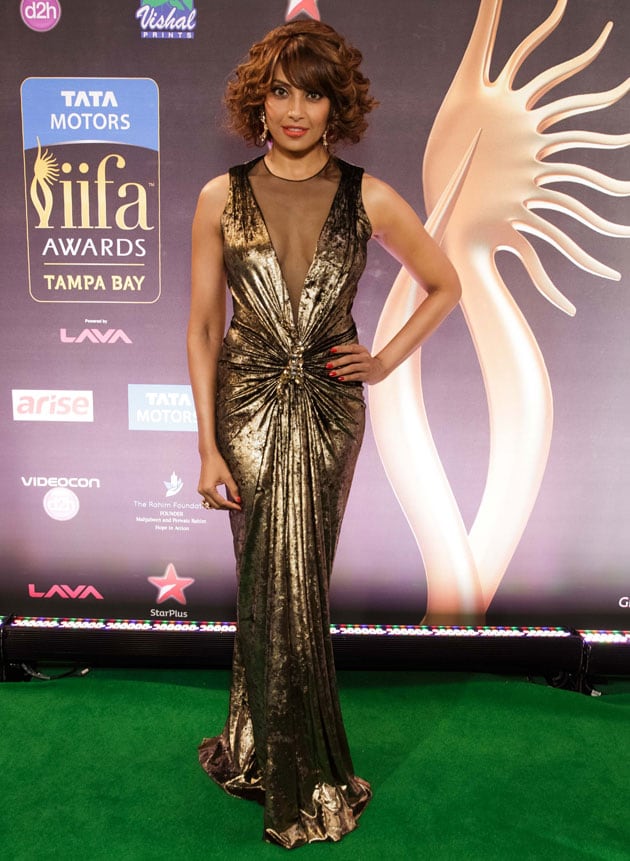 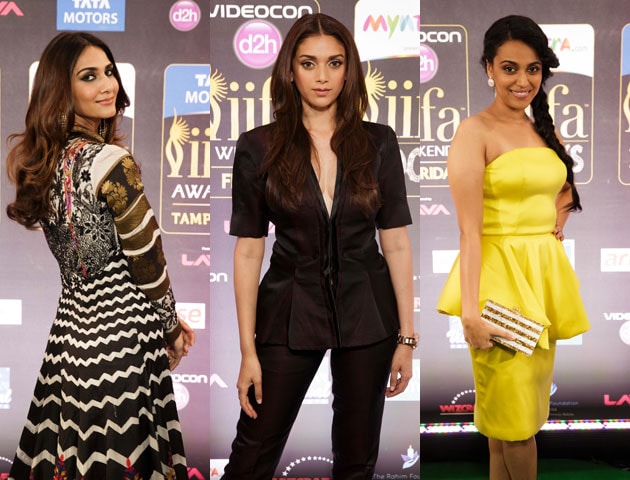 Slightly less impressive were Yami Gautam in Clover Canyon, Nimrat Kaur who was swamped in a too-floaty KSTJ dress and Gauahar Khan in chartreuse Gauri and Nainika. 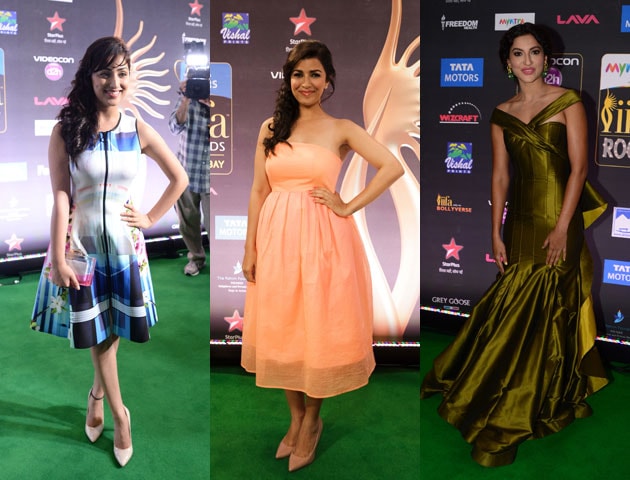 At the IIFA Expo previously, both Priyanka and Sonakshi Sinha cut rather fine figures, one in orange and silver Dior, the other in a DKNY LBD. 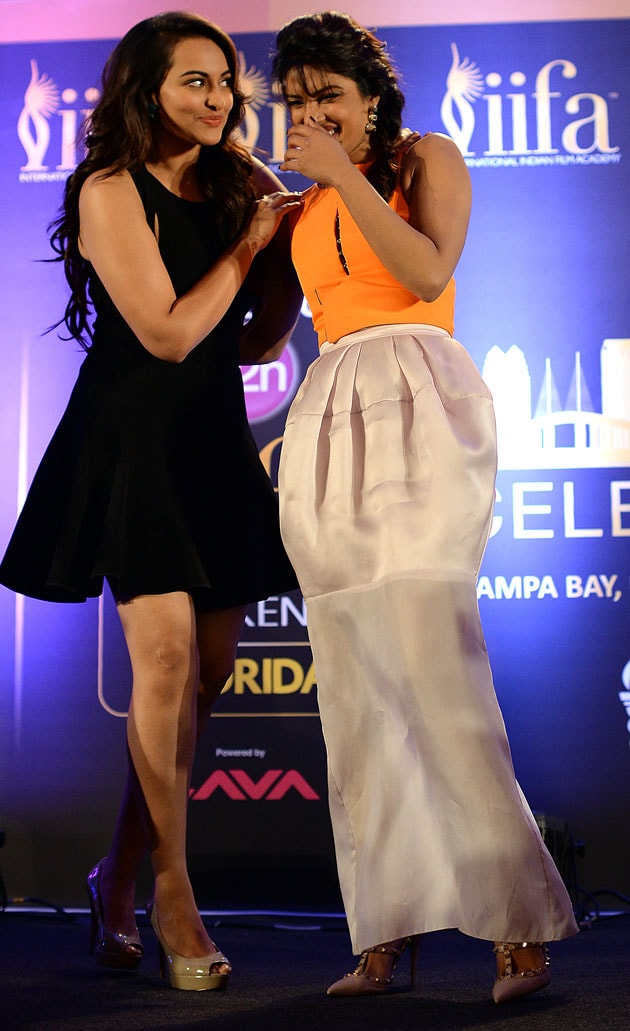 The Magic of the Movies event, held the day after IIFA Rocks, also saw another Bipasha Basu fashion hit in the form of a white Sonaakshi Raaj sari-gown. 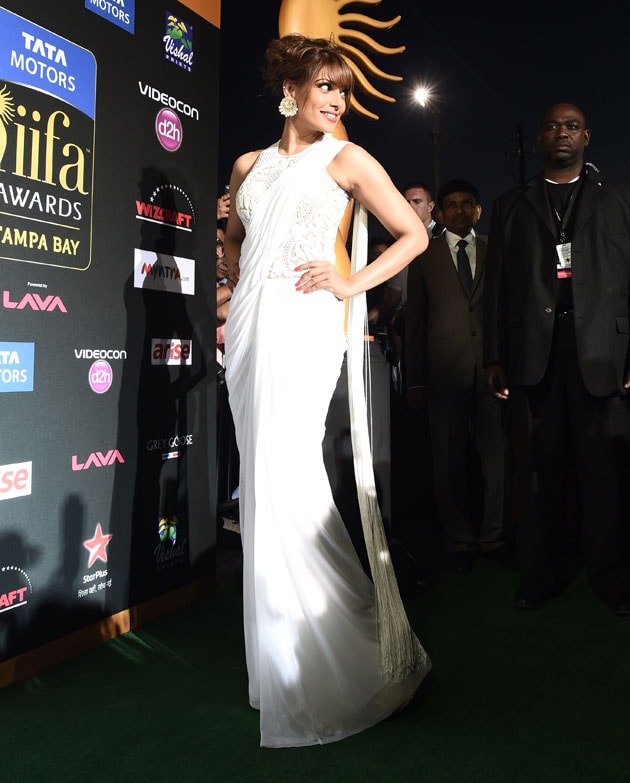 Also in a whiter shade of pale was Malaika Arora Khan. Nina Davuluri, the first Miss America of Indian origin, attended the Magic of the Movies event wearing black lace and her crown. 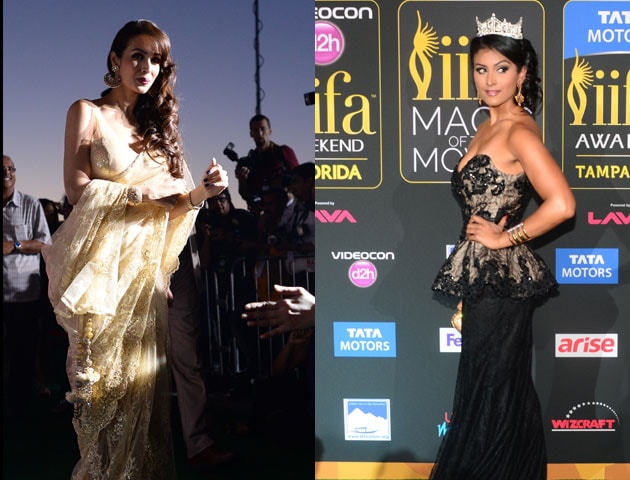