IIFA Stomp will give Tampa Bay 'a taste of India' 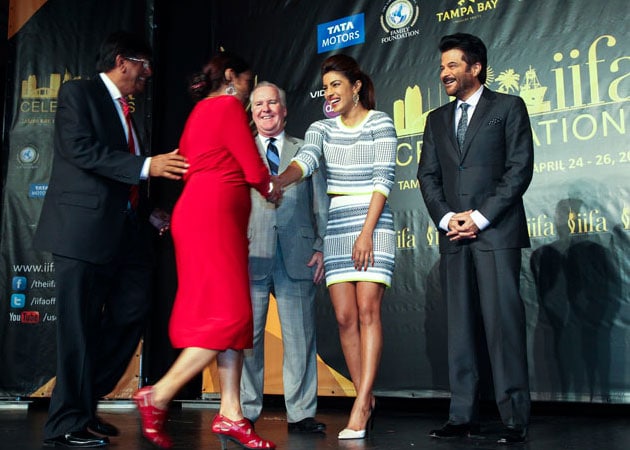 The IIFA awards will be held in Tampa Bay for the first time from April 24-26 this year.

The International Indian Film Academy (IIFA) event to be held here in April will be a four-day weekend this year with the launch of IIFA Stomp, a free-for-all public party with "a taste of India".

The International Indian Film Academy (IIFA) event to be held here in April will be a four-day weekend this year with the launch of IIFA Stomp, a free-for-all public party with "a taste of India".
Stomp - an entertaining mix of Indian food, music and handicrafts, will take place April 23 at the picturesque Curtis Hixon Waterfront Park which overlooks the Hillsborough River.
"We always wanted to do a 'welcome party to the city' and this is going to be just that," Andre Timmins, director of Wizcraft International Entertainment, the organisers of the annual gala, told IANS.
The park has museums and centres of art which preserve the culture of Tampa Bay. A view of the University of Tampa Bay is soothing and delightful but what stands out is a facility for an electronic boat ride. It gives people a chance to rent boats and drive away. Or during Stomp, they could sail nearby and soak in the joys of Indian music from the water.
"When we saw the Curtis Hixon Park, we felt it was just beautiful. We thought why not do something here with our music...something which is free to the general public and then we get in some popular disc jockeys from India and even get local DJs," Timmins said.
Performers may include DJ Ravi Drums and DJ Akbar Sami.
"People will get to experience this at no cost and there's also going to be a mela (fair) with Indian handicrafts and food. It's like virtually giving them India in Tampa Bay," added Timmins, who is one of the directors of Wizraft International with Sabbas Joseph and Viraf Sarkari.
The IIFA Weekend and Awards, which will have its 15th edition this year, will also have IIFA Rocks, an exclusive night of music and fashion; IIFA Magic of the Movies and Technical Awards; and the main IIFA Awards night.
The event, often credited as Hindi cinema's grandest show abroad, has earlier travelled to and spread cheer globally in places like Sun City, Amsterdam, Colombo, Johannesburg, Toronto, Macau and Singapore.