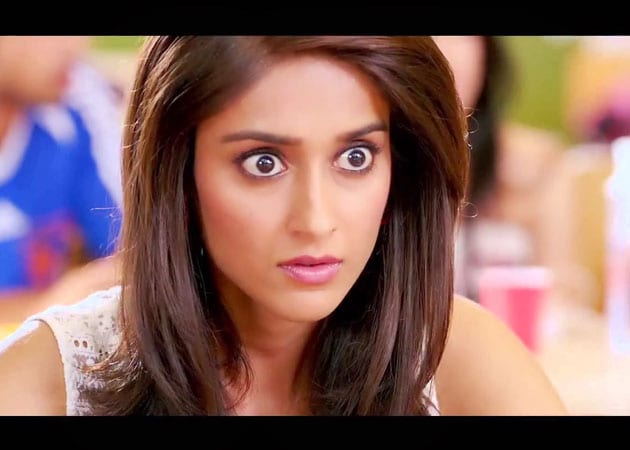 Ileana?s Main Tera Hero will hit the theatres on April 4.

Barfi! actress Ileana D'Cruz is a self-confessed foodie but she credits pilates behind her toned body.

Barfi! actress Ileana D'Cruz is a self-confessed foodie but she credits pilates behind her toned body.
The 26-year-old actress, who will be next seen in Main Tera Hero opposite Varun Dhawan and Nargis Fakhri, said she makes sure she burns out the extra fat with the help of pilates.
"I don't starve myself. I am a foodie. I eat every possible thing and if I would tell you my food chart you won't believe that an actress can have so much. But whatever I eat I just make sure that I exercise regularly. I do pilates to stay fit," said Ileana, who was in the capital to promote Main Tera Hero with Varun.
In the film, Ileana plays a college girl Sunaina but the actress said she does not relate to her role in real life. "Sunaina is a shy and mysterious girl. In real life I am completely opposite to what my character in the film is. There are few instances where I relate myself with the character but I don't feel I am much like Sunaina," she said. After proving her acting mettle in her debut film Barfi!, Ileana is also making a mark in the industry with her dancing skills. She had matched footsteps with Shahid Kapoor in Phata Poster Nikla Hero and now with Varun in Main Tera Hero.
"I enjoyed dancing with Varun. As we are friends, so it become terribly easy to dance with him. When we were shooting Besharmi Ki Heights, I felt we were dancing in a club," she said.
Directed by David Dhawan, Main Tera Hero is hitting theatres this Friday (April 4).