Ileana D'Cruz: I am on a Small Break 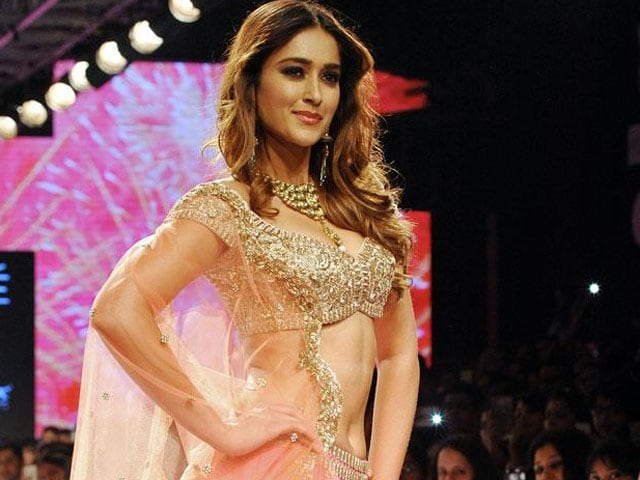 Ileana D'Cruz photographed at a fashion show in Mumbai.

"I am on a small break because I wanted to do something different. The kind of offers I was receiving, were not to my liking. So, I thought I should wait for a while. There is something interesting in the pipeline right now but it is not yet confirmed," Ileana told PTI

Ileana D'Cruz who has not signed any project post her last outing Happy Ending said that she is on a break. But she will return to the silver screen with a "significant" role very soon.
The 27-year-old actress said that she is not happy with the film offers and have been rejecting them. (Also Read: Ileana D'Cruz: I Am Single Until I Am Married)
"I am on a small break because I wanted to do something different. The kind of offers I was receiving, were not to my liking. So, I thought I should wait for a while. There is something interesting in the pipeline right now but it is not yet confirmed," Ileana told PTI.
The Mumbai-born actress, who was in the capital recently, to launch an online shopping portal also said that she has been busy with photography.
"Couple of months ago, I purchased a camera. I completely prefer online shopping because it is more convenient. It is nice to have everything under one portal. And I think my latest buy is one of the best online purchases. I love photography. I love taking pictures of kids because they are the best models," said the actress, who unlike her contemporaries is not a fan of selfies.
Ileana started her career in the showbiz industry with Tamil films and had a dream launch in Bollywood opposite Ranbir Kapoor and Priyanka Chopra in Anurag Basu's much acclaimed Barfi!. She also featured in movies like followed by Phata Poster Nikla Hero, Main Tera Hero and Happy Ending.
But her last outing, in which she featured as a novelist, also starred Saif Ali Khan and failed to perform at the box-office.
"Whenever I do a film, I do it with a conviction that it will be accepted by the audience. That's how I choose my films too. I felt Happy Ending will also do well. I really don't know what didn't work. Everyone has a different liking," she said.
Ileana also denied reports that she will star opposite Shah Rukh Khan, whom she shares her birthday with, in Yash Raj Films' next venture Fan.
"No I am not a part of Fan. There is a misconception amongst people that I am a part of Fan. But I was a never a part of that."
Despite her shares of highs and lows, the actress said that she is happy that her career has shaped up well.
"My journey has been amazing. It's something which I got by chance. I love that how it took me so far without having anything planned. It has been a mixture of luck and hard work. I just feel lucky to have got so many amazing opportunities that have come my way. I am very happy with the way my career has shaped up," she said.
When asked whether she has bid adieu to the film industry in the south, Ileana said, "I would love to do films in south. There is a certain kind of comfort there. There is a familiarity because I know the people there. I recently attended Chiranjeevi ji's birthday. It was just amazing meeting them after so long. South is like the second home for me. It's amazing to work with people you are fond of," she said.