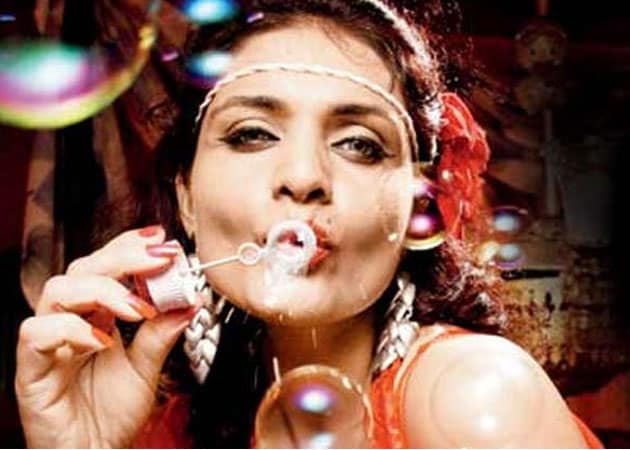 A still from the movie Miss Lovely

Filmmaker Ashim Ahluwalia is happy that the Central Board of Film Certification has let his film Miss Lovely release with a few cuts and an 'A' certificate, in the country.

Filmmaker Ashim Ahluwalia is happy that the Central Board of Film Certification (CBFC) has let his film Miss Lovely, which explores the world of sleazy C-grade Indian movies, release with a few cuts and an 'A' certificate, in the country.
It is indeed an "adult film", says Ahluwalia.
"The story takes place in the dark, lower depths of the industry, so this is not the kind of space that we usually depict in our films. It is a very adult film that explores sexuality and violence and the things that people do to each other when they are struggling to make it in a city," he said in a statement.
"I'm happy that the censor board didn't ban it and, instead, eventually opted to grant it very few cuts," he added.
The film, which has done its share of rounds at film festivals abroad, will hit the screens in India January 17.
Ahluwalia was surprised by the excitement that the film generated worldwide. It was even screened at the Cannes Film Festival.
"For the west, Indian cinema is either Satyajit Ray or Bollywood. Miss Lovely, on the other hand, is a mix of so many different genres, with a storytelling style and atmosphere that is pretty wild."
"It sometimes moves like a novel with multiple characters and side stories. I didn't expect people to react to it so enthusiastically," he said.
The film features Nawazzuddin Siddiqui in a prominent role.