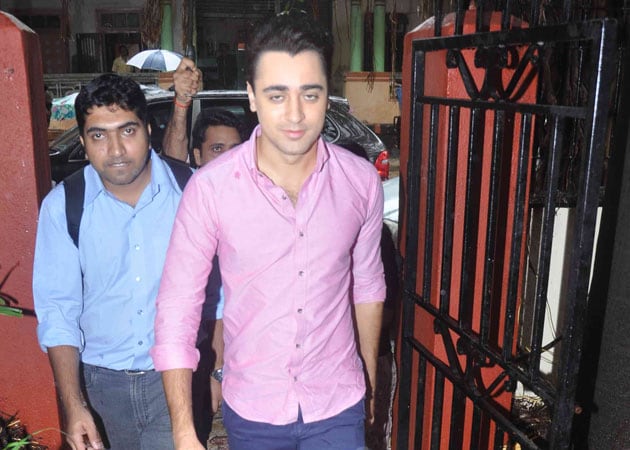 Imran Khan will be seen next in Once Upon Ay Time in Mumbaai Dobaara!

Actor Imran Khan says that although he would like to revive his grandfather Nasir Hussain's film banner, the thought of doing so scares him.

Actor Imran Khan says that although he would like to revive his grandfather Nasir Hussain's film banner, the thought of doing so scares him.
Nasir Hussain has given Indian cinema several hit films like Jab Pyar Kisise Hota Hai, Phir Wohi Dil Laya Hoon, Tumsa Nahi Dekha, Teesri Manzil, Yaadon Ki Baraat, Caravan and others.
Though Nasir's son Mansoor Ali Khan had given a shot at continuing his father's banner by producing hits such as Qayamat Se Qayamat Tak and Jo Jeeta Wohi Sikander, Shah Rukh Khan-Aishwarya Rai film Josh (2000) was his last film as a director.
However, after that the Nasir Hussain banner has not come out with any film and now Imran plans to revive the production house.
"Emotionally, I would like to do it, but to be honest it is a scary thought. He (Nasir Hussain) had set certain standards with his movies and name. And whatever I do that will be in his name, so I don't want to take that lightly and make any film by adding his name to it," said Imran.
Imran feels his grandfather had spent his entire life to create a name for himself so to make a film under his banner is something that he takes very seriously.
"If I make a film under his name then I am playing with his reputation, so I am scared of all this. But there is definitely an intention (to make a film). I would very much like to do it, but I would be very nervous. For me, it is a scary thought!" he added. Meanwhile, Imran is excited about his next release Once Upon Ay Time in Mumbaai Dobaara!, in which he plays the role of a goon called Aslam. His family members, including wife Avantika and mamu Aamir Khan, who are quite critical of his work, seem to have liked the trailer.
"My entire family is critical of my work from Aamir to my mother to my wife. They are the strongest and harshest critics, more than anyone else," he said.
Aamir Khan seemed to have liked the famous Rishi Kapoor and Neetu Singh song Tayyab Ali recreated by Imran and Sonakshi.
"Surprisingly Aamir was impressed with the song, which is a rare for him! He generally doesn't appreciate much. Our family is different from other film families. We don't go around praising what work he did and all. We hold each other to very high standard. If you do good work then that is expected," Imran said.
Milan Luthria directed film Once Upon Ay Time in Mumbaai Dobaara! starring Akshay Kumar, Sonakshi Sinha along with Imran, will release on August 15.