Imran, Sonakshi to do a Rishi-Neetu in Once Upon a Time in Mumbai Dobaara 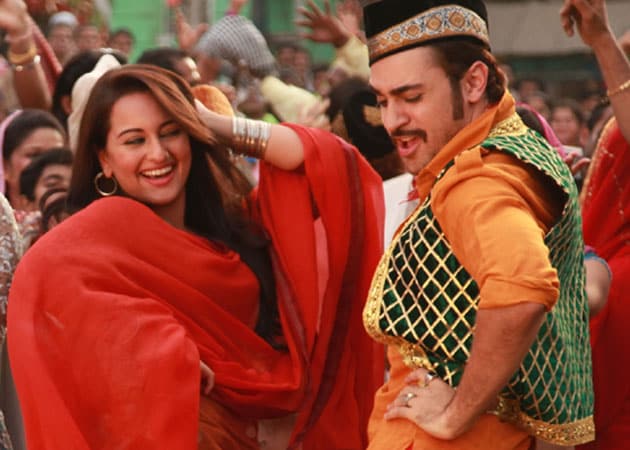 Actors Imran Khan and Sonakshi Sinha are all set to recreate the magic of evergreen song Tayyab Ali Pyaar Ka Dushman, picturised on Rishi Kapoor and Neetu Singh, in Amar Akbar Anthony.
Composed by Pritam, written by Rajat Aroraa, rendered by Javed Ali and choreographed by Raju Khan, the current version will see both the young stars performing on the song in Once Upon A Time In Mumbai Dobaara.
Their characters -- Aslam and Jasmeen -- meet for the first time in the track, a statement issued here said. The makers of OUATIM have bought the official rights of the song from Manmohan Desai's 1977 film, it said.
The new song was shot over six days on an elaborate set built at Film City in suburban Mumbai.
The film directed by Milan Luthria also stars Akshay Kumar and Sonali Bendre. It releases on August 15.