Imtiaz Ali: I had a story but no script for Highway 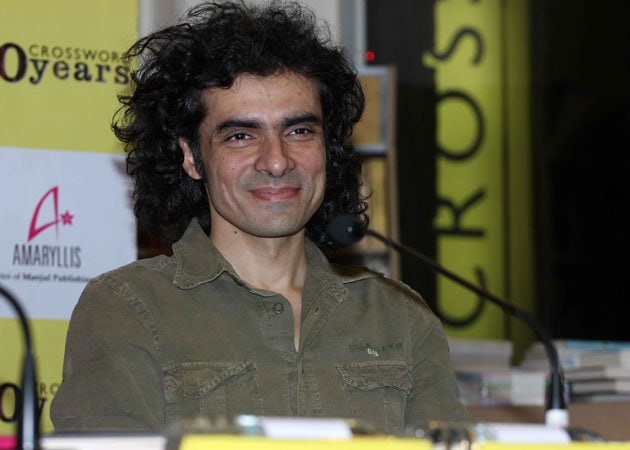 Imtiaz Ali is known for making movies with characters who are in transit, be it Jab We Met or Rockstar.

Like the characters in his movies, Imtiaz Ali was in the realm of uncertainty while shooting his road saga Highway through six different states of India with a handheld camera and a raw script.

Like the characters in his movies, Imtiaz Ali was in the realm of uncertainty while shooting his road saga Highway through six different states of India with a handheld camera and a raw script. One thing that is very unique to Imtiaz's films is that his characters are mostly in transit and he has taken his love for travel to the next level in Highway.
Imtiaz says he let the places and people they visited to shape the story further rather than relying on pre-written dialogues and situations.
"I had a story in my mind but we shot the film almost without a script. I knew what the purpose of a particular scene was but I did not have finished dialogues for it. So, these places influenced the script a lot. I let the story be rather than imposing myself on it," Imtiaz told PTI in an interview.
Not having much of a script was challenging but liberating also at the same time for the Rockstar director. "When you don't have written dialogues, you have to come up with something that is not only interesting to watch but connects to a particular scene. It should flow like a journey. I often thought 'I hope I will be able to come up with something'. Those insecurities were there." Imtiaz, 42, says once they had a situation where Alia Bhatt, who plays the lead role of Veera in the movie, had to say some dialogues while looking at the sun on a sand dune in Rajasthan but when they reached the location, it was raining.
"Alia kept asking me what am I going to say? And I did not have any dialogues. I told her 'let us get there, we will think of something' and she trusted me. What we captured there was true to what she was feeling there than the dialogues I had written while sitting in my room," Imtiaz says, adding such surprises made the film's journey more memorable.
Produced by Imtiaz's Window Seat Films and presented by Sajid Nadiadwala, the film will be released worldwide by UTV Motion Pictures on February 21.
The film stars Randeep Hooda and Alia in lead roles and has been shot through the states of Delhi, Haryana, Rajasthan, Punjab, Himachal Pradesh and Kashmir.
Imtiaz decided to turn producer for the film because this was one story that has been with him for over 15-years and he did not want to make any compromise on the way he wanted to shoot it.
"I am still not interested in producing films but it was important for Highway. If there was any other producer, I would not have been able to take this much of risk. But, all this was in my head, I did exactly the same things that I had done in other movies except that after every 15 days, I would sign cheques," says Imtiaz.
Alia, 20, had a glamorous debut with The Student of Year but she left the fashionista image behind to play Veera. Imtiaz believes the film has been a changing experience for the newcomer.
"Alia had to show toughness off the screen as well because there was no AC, no heater, no water and sometimes no food. All you could get was maggi. In a way, her experiences were similar to what her character Veera would go through. I think the film changed her, she kind of grew up. Her father (Mahesh Bhatt) told her that this film would change her. She has so much love and trust in her heart that only good things will happen for her," he says.
Imtiaz had seen Randeep's debut film Monsoon Wedding and wanted to work with him ever since. The actor's Haryana background came as an added bonus.
"I have not seen any of his films except Monsoon Wedding and I have seen him in theatre. He is a very superior actor. I always wanted to work with him and finally the chance came with Highway. Also, he is from Haryana so he was kind of familiar with that part."
Imtiaz is reuniting with Ranbir Kapoor for his next after Rockstar but says nothing has been finalised yet.
"Once this film is over, then we will think about the other movie. I have spoken to Ranbir and we have decided to do it together but that's about it. Nothing else has happened on it," he says.