"It was really nice to work with Shah Rukh in the film. I'm looking forward to it," he said Imtiaz Ali 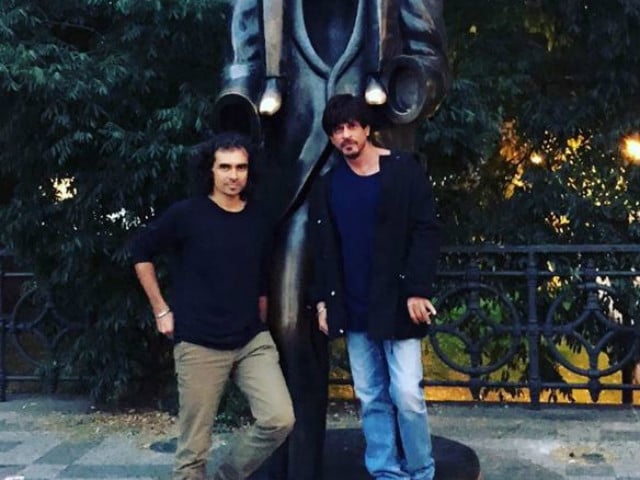 He may have gained popularity as a romantic director in his decade-old film career but Imtiaz Ali says he would never let go of a good love story just for the fear of getting typecast. The director is best known for making refreshing dramas like Jab We Met, Love Aaj Kal, Rockstar and Tamasha. Imtiaz feels that getting scared of being typecast sometimes leads to the rejection of good ideas from mind, which he never wants to do with himself.
"If you get scared you will reject a lot of thoughts that come into your mind. You should understand that when a story comes to someone's mind it doesn't come to you as a genre, it just comes like a story," Imtiaz told PTI on the side-lines of NFDC Film Bazaar.
"It's only when you pursue it, you find out what genre it could belong to. So, I don't worry about being typecast. If I'm interested in a certain story, I just go with it," he added.
According to the director, it is ultimately his decision to make the kind of films he wants. "It's upto me to make a movie that I want. And, I feel fortunate that I'm usually able to make the films that I want," he said.
Imtiaz's films generally chronicle the lives of two characters and when asked if his life has any influence on the stories he makes, the director says, "My life has an influence on my films but it's an indirect influence. It's not as though I write autobiographically but then I do go into places and meet people and it's half experience of certain things that I try to make full in my movies."
A meaningful journey is another important aspect in most of his stories but Imtiaz says he never "pre-decides" the concept for his films.
"I just look inside and see what interests me and in which direction I'm going. It's not a pre-decided journey every time. I just go in the direction that the story takes me," said Imtiaz.
The Tamasha helmer may have been several people's favourite, thanks to his refreshing style of writing but he himself is a big fan of veteran filmmaker Bimal Roy.
When asked about the one filmmaker he would assist given a chance, Imtiaz says, "In Indian cinema, Bimal Roy's films had lot of love and finesse. So, definitely him." Imtiaz is next working on his upcoming film with Shah Rukh Khan and Anushka Sharma. The project is tentatively titled The Ring.
"It was really nice to work with Shah Rukh in the film. I'm looking forward to it," he says.