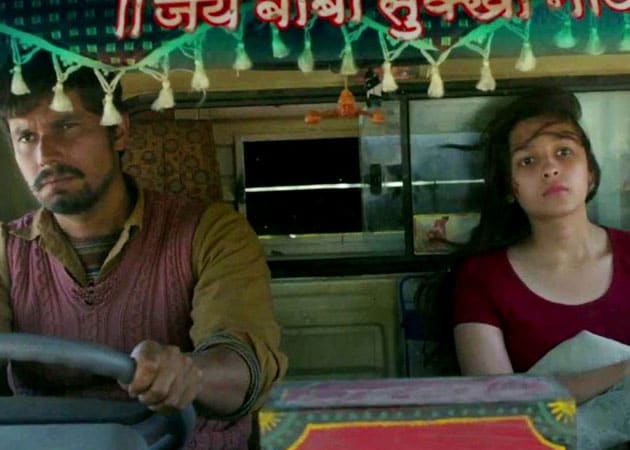 Filmmaker Imtiaz Ali's new film, Highway, created a buzz across Europe as the film made a London stopover after its premiere at the Berlin Film Festival last week.

Filmmaker Imtiaz Ali's new film, Highway, created a buzz across Europe as the film made a London stopover after its premiere at the Berlin Film Festival last week.
The road movie, which travels across six states of India as part of a young girl's journey from a suffocating life in a millionaire home to being kidnapped by gangsters, seems to have caught the imagination of international audiences. "It was the first time we watched the entire film with the audience and it was an overwhelming feeling to see that they were right there with every scene," Alia Bhatt, the 20-year-old lead actress of the film, told reporters in London on her way back from Berlin on February 14.
"This film has taught me how to just be, without any facade or being fake. If I am stupid, then let me be stupid. It has given me the confidence to say 'to hell with everybody, this is my space'," she added in reference to her extremely nuanced and complex role as Veera Tripathy.
Highway sets itself apart as a visibly free-spirited story without a firm and structured script to incorporate some of the raw and rustic elements of states like Rajasthan, Punjab and Kashmir.
"I had the story defined in my mind but I wanted to keep the script open to be able to include whatever we stumbled upon during the journey of the film. Watching it with the audience in Berlin from beginning to end, I felt this story that has been with me for 15 years is now ready to be seen by the world," said writer-director Ali, who has also co-produced the film.
Oscar-winning musician A R Rahman also takes on a whole new avatar for his first Punjabi song, released as a stand-alone music video in the lead up to the film. Unveiling the Patakha Guddi video in London, Ali described it as a rare re-grouping of the film's crew to present Rahman's ode to the late Nusrat Fateh Ali Khan.
Highway, which also stars Randeep Hooda is scheduled for worldwide release by UTV Disney on February 21.