In Amitabh Bachchan's Old Pic, a Special Moment With This Actress

"My Filmfare moment : best actor DON and the privilege to be standing with Nutan ji, the other winner !!," wrote Amitabh Bachchan on Twitter 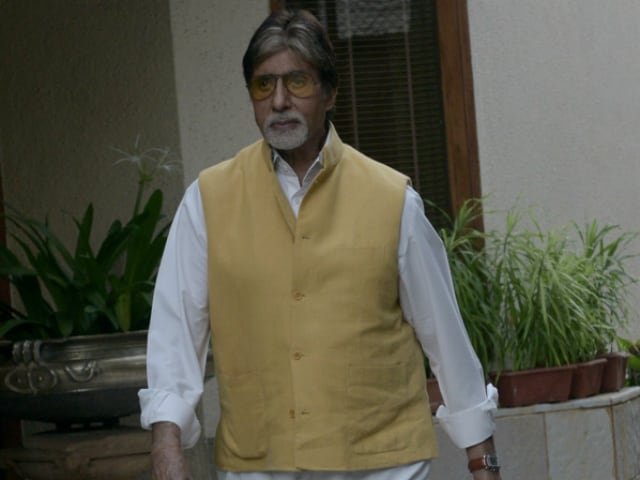 This image was posted on Amitabh Bachchan's official blog.

On Monday, actor Amitabh Bachchan tweeted an old photo of himself at the Filmfare Awards in 1978 with a former co-star he said it was a 'privilege' to be standing next to. Big B won his fourth Filmfare Award that year for Don and the Best Actress prize was taken by Nutan, his co-star in 1973's Saudagar. Nutanji won her fifth Filmfare in 1978 for Main Tulsi Tere Aangan Ki.

T 2258 - My Filmfare moment : best actor DON and the privilege to be standing with Nutan ji, the other winner !! pic.twitter.com/kXBtY8D3AQ

Big B starred in dual roles - as the good-hearted Vijay and the villainous Don - in the Bollywood classic, which was directed by Chandra Barot and released on April 20, 1978.
In 2006, actor-turned-filmmaker Farhan Akhtar remade Don, casting Shah Rukh Khan in the roles played by Big B. It also starred actresses Priyanka Chopra and Kareena Kapoor.
In March, Big B also posted a rare picture featuring Jennifer Kapoor, who was nominated for Best Supporting Actress at the 1980 Filmfare Awards for her performance in Junoon. She didn't win so presumably she was collecting the award for Best Film on behalf of her husband Shashi Kapoor who produced and co-starred.


T 2183 - Times when Filmfare winner was announced before .. suspense was presenter. Presenting to Jennifer Kapoor ! pic.twitter.com/jaJJfxvbGr

Amitabh Bachchan, 73, has the movies Te3n and Pink lined up.