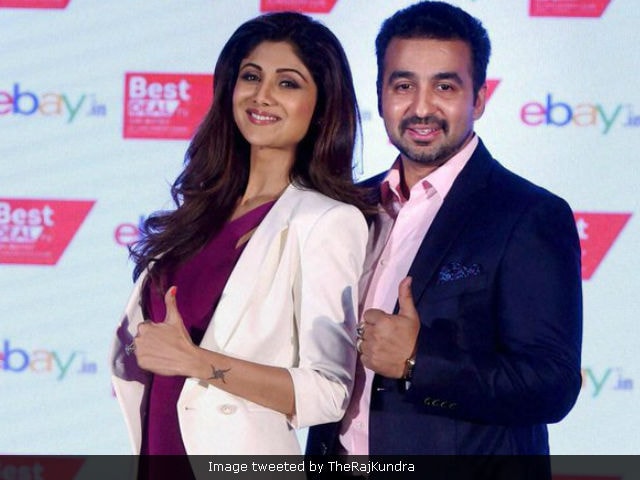 Raj Kundra, actress Shilpa Shetty's businessman husband, has rejected allegations that salaries were left unpaid when he resigned as CEO of a home-shopping channel he co-owns. This morning, Mr Kundra disputed claims made in a mid-day report about 50% pay cuts and pending dues. In a tweet addressed to the mid-day journalist who reported the story, Mr Kundra wrote, "Sad that you need to make up stories. There is not a single salary I left unpaid before stepping down." In response to a reminder from the journalist that a report included a statement from the Chief Operating Officer of COO about outstanding payments, Raj Kundra tweeted:


Sir those are of vendors & Mr Hari himself who has not taken salary! Such stories r great for business pages my friend. Let's not dramatise. https://t.co/HnpE8YrLDZ

Yesterday, mid-day reported that Raj Kundra resigned as CEO of Best Deal TV on December 15 and that employees were simultaneously informed that they would be receiving a 50% pay cut in the salaries for November and December, allegedly as a result of the currency ban that Prime Minister Narendra Modi announced in the first week of November. A disgruntled employee told mid-day, "Production was stopped on November 1, almost a week before the government's note ban announcement. How can demonetisation be the reason? We were paid for half of November but are yet to receive salaries for the remaining month-and-a-half. We've made several attempts to reach out to them, but haven't got a response. Most of us are jobless and barely managing to support our families."
The report also quotes COO Hari Krishnan as saying, "If they are complaining about receiving only half the amount, it is wrong. We had communicated about the 50 per cent pay cut, which has been imposed across the board, in writing. The company has 90 days to make the full and final settlement. So technically, we have time till March 31 to clear outstanding dues."
Best Deal TV's operations are still suspended, mid-day reports. Raj Kundra, who owns 63% of the company with Shilpa Shetty, is reportedly still on the board of directors.