In Hrithik vs Kangana, Raveena Tandon is 'Not Taking Sides'

"I clearly state that I support a person's constitutional right to fight back what She thinks is HER version of TRUTH," Raveena Tandon wrote on Twitter 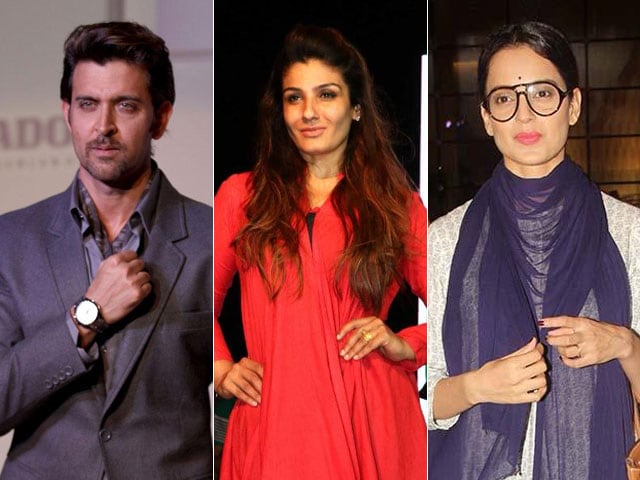 Actress Raveena Tandon has issued tweets clarifying that a column she wrote recently on the feud between Kangana Ranaut and Hrithik Roshan is non-partisan and should not be interpreted as "taking any one's particular side."
Ms Tandon's column, written as a guest author for The Times of India, dealt primarily with a person's constitutional right to fight back.
Several quarters concluded that Ms Tandon, 41, was writing in favour of Ms Ranaut.
In a series of tweets, Ms Tandon denied that she was playing either judge or jury:


I clearly state-that I support a persons constitutional right to fight back what She thinks is HER version of TRUTH pic.twitter.com/r3MgE0D4Wj

To all those who are giving out judgements,please read-I state CLEARLY-that i have not judged who is right or wrong" pic.twitter.com/c5oj04v4Kg