In Nishabd, Aag Big B Did Not Fail as an Actor. RGV Explains 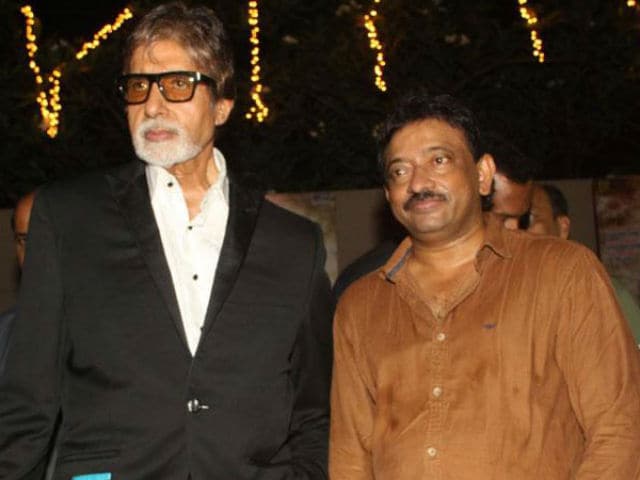 "Amitji's make-up man told me one day while filming Nishabd that the film wouldn't work because no one was going to accept Amitji in a role like that. Whether that was the reason or not, I myself as a viewer probably wouldn't want to see him in a role like that," Ram Gopal Varma wrote in his book

Filmmaker Ram Gopal Varma said that Amitabh Bachchan has never failed as an actor.
"If somebody argues that Amitji had no business doing those films without knowing what he was getting into, then yes, he was guilty of misplacing his trust in me. But he was not guilty of not doing his best," Mr Varma wrote in his book Guns And Thighs.
In a chapter titled 'My love affair with Amitabh Bachchan', Mr Varma wrote that the actor's makeup man told him on the first day while filming Nishabd that the film would not work.(Also Read: Sholay to Aag: What Amitabh Bachchan Said About RGV's Remake)
"By that time, my proximity with him had blunted my sensibilities as a viewer of his star performances. The filmmaker in me got greedy and dumb enough to experiment with him as an actor, resulting in Nishabd and Aag. It's not so much, the quality of those films that I am talking about here, but the idea of casting him in those roles," wrote Mr Varma.
"Amitji's make-up man told me one day while filming Nishabd that the film wouldn't work because no one was going to accept Amitji in a role like that. Whether that was the reason or not, I myself as a viewer probably wouldn't want to see him in a role like that," added Mr Varma.
"The point which I am trying to make is that he has never failed as an actor and he never will. It's only directors, myself included, who frequently fail to capture his art in the right context," wrote Mr Varma.
Nishabd featured actress Jiah Khan, who committed suicide in 2013. Mr Varma said that Jiah was the "most innocently sexy girl" he had ever seen.
"When I heard of her suicide, I cried uncontrollably though I was never really close to her. She was one of the few people who couldn't cope with the disappointments and frustrations which the film industry is replete with," added Mr Varma.
Mr Varma has made films like Satya and Company. However, he argues that a good film or a bad film depends on chance rather than the talent of a filmmaker.
"All my successes were by default and all my failures were by intent. To those critics, who complain that I make films in a hurry, my answer is that, I would rather live in the moment and make my film right now, than endlessly plan in the hope of it becoming a masterpiece. Incidentally, the longest time I have taken and the maximum money that I have spent in my career on three films -- Daud, Aag and Department - which are three of my biggest flops. I rest my case," wrote Mr Varma.