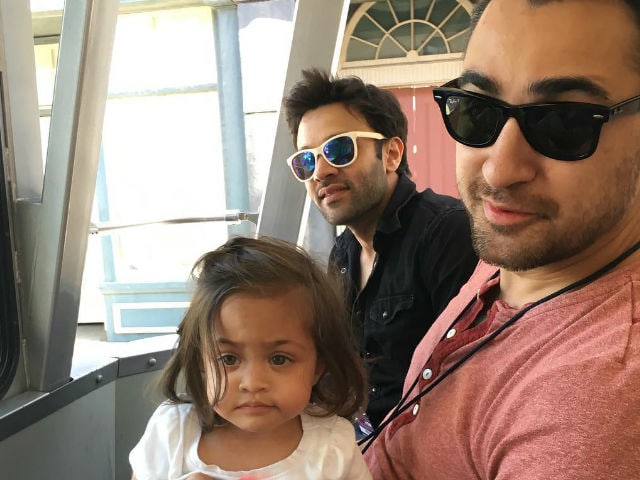 Actor Imran Khan's wife Avantika Malik shared a picture of their daughter with her father, both giving confounded look to the camera and looking adorable. She captioned the image as "Melt," and it happened indeed. She also added a hashtag: "#imaluckygirl." Imran Khan married Avantika in 2011 and they welcomed their first child, Imara in June 2014. Imara, now 2, looks cute seated next to her father, dressed in a flowy pink dress. In an interview to IANS he said that he'll listen to everything Imara says and from this picture it seems the 33-year-old actor remained true to his word.
Here's the picture of Imran and Imara which 'Melted' our hearts:

Meanwhile, we stumbled upon some more Imara-Imran moments and thought you'd like them: