In Pics: When You Photobomb a Jhakaas Kapoor, You do it Like This

Arjun, who is a self-confessed fan of Anil Kapoor, will soon share screen space with him in upcoming film Mubaraka by Anees Bazmee 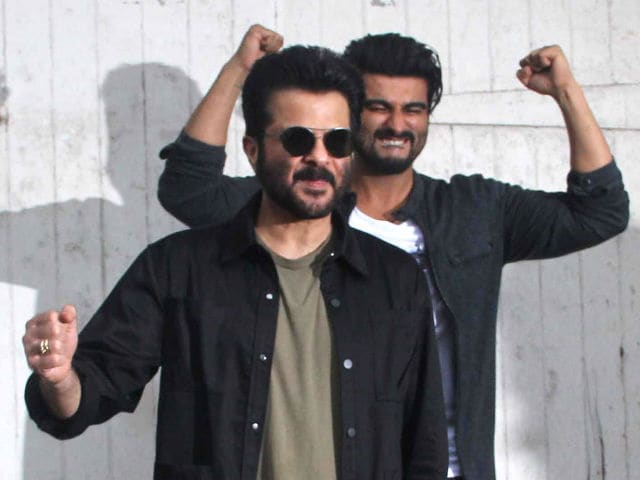 Arjun and Anil Kapoor photographed outside a studio in Mumbai.

Anil Kapoor sang "karta hu main jo who tum bhi karo ji" in his 1989 hit Ram Lakhan and 27 years later, his nephew Arjun took him at his word one fine day outside a Mumbai studio.
The Kapoors were filming an episode of a TV show on Wednesday. As per usual, there were photocalls and Anil Kapoor, 59, was photobombed Lakhan-style by Arjun, 31: 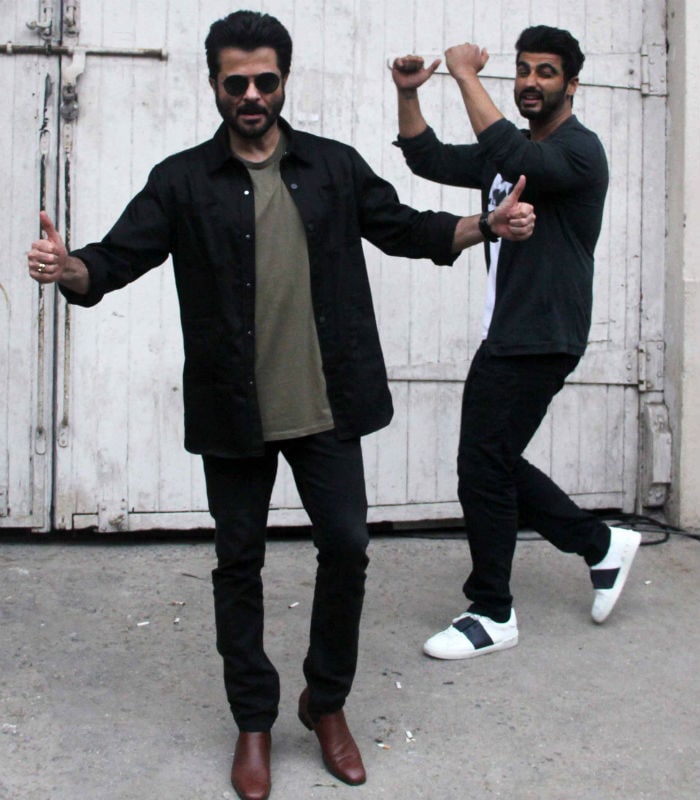 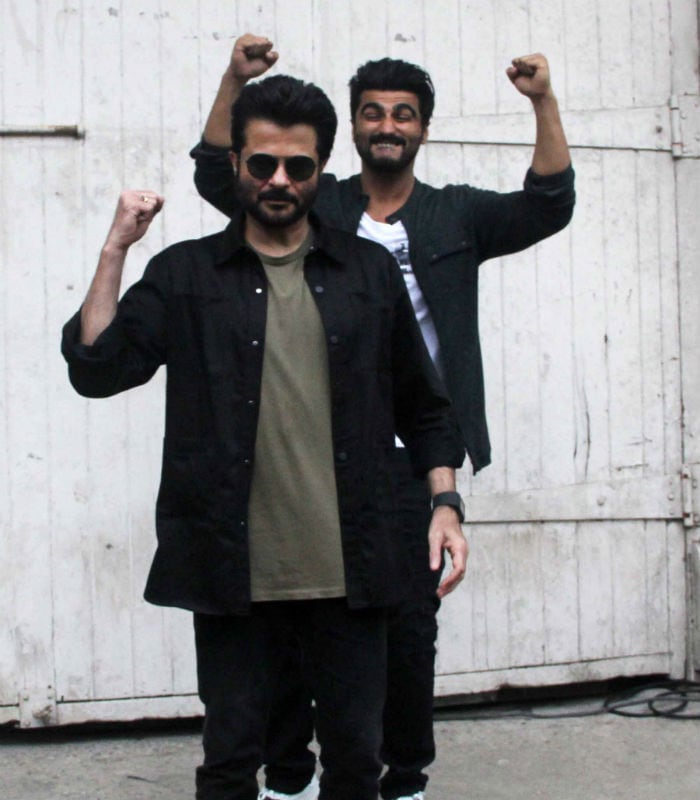 Looks like Anil Kapoor had no clue whatsoever as to what Arjun was up to. Maybe he'll see this pictures and find out. 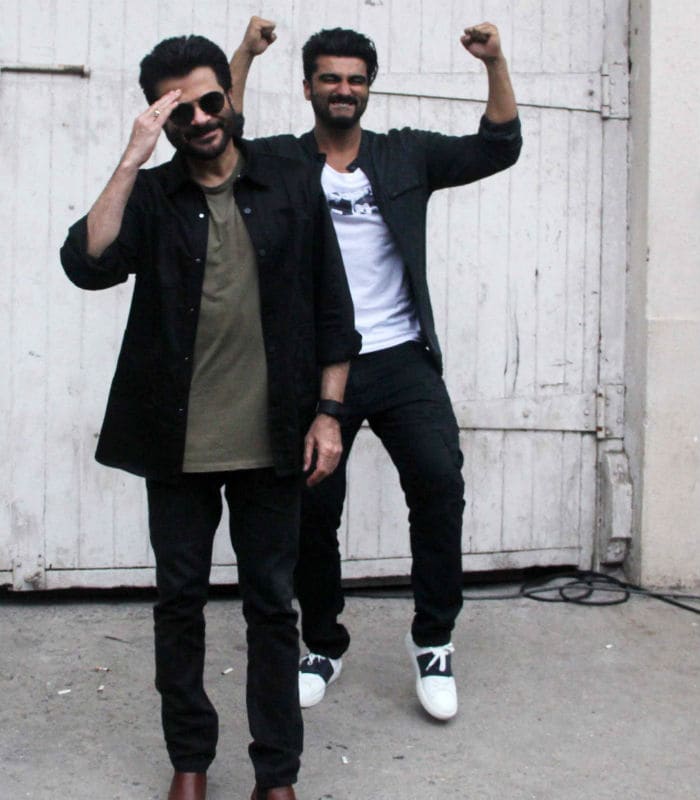 They also posed together. 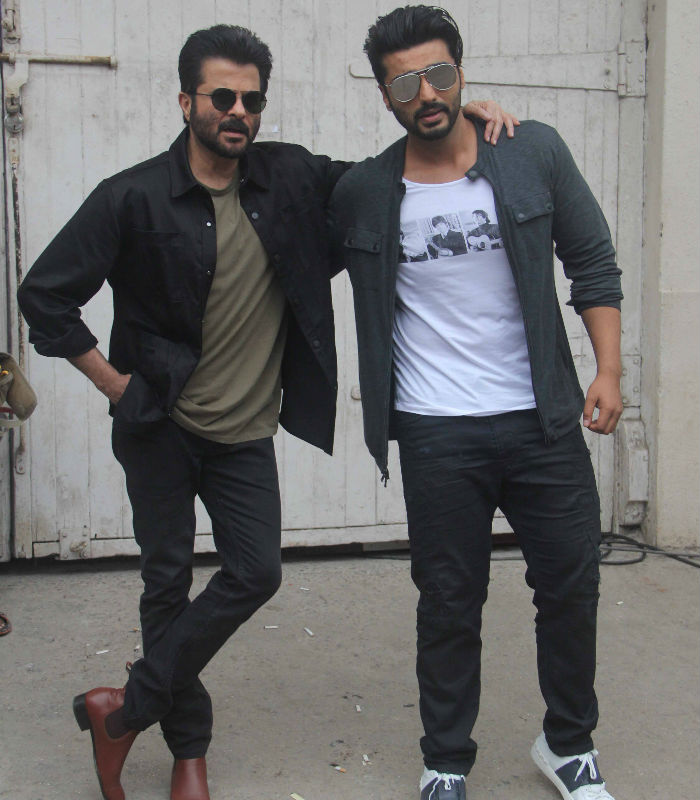 Arjun, who is a self-confessed fan of Anil Kapoor, will soon share screen space with him in upcoming film Mubaraka by Anees Bazmee. They will play Chacha-Bhateeja, which they are in real life, onscreen. Anees has directed the older Kapoor in Welcome, Welcome Back and No Entry.
Arjun will also be seen in Mohit Suri's Half Girlfriend, an adaptation of Chetan Bhagat's novel of the same name. In Half Girlfriend, Arjun is paired with Shraddha Kapoor.