In Singh Is Bling poster, Akshay Kumar is the man with the golden gun

The first look of Singh Is Bling, starring hit jodi Akshay Kumar and Katrina Kaif, was revealed in Mumbai on April 27

The first look of Singh Is Bling, starring hit jodi Akshay Kumar and Katrina Kaif, was revealed in Mumbai on April 27 and stars the Khiladi actor as a turbanned Sikh brandishing a gun, a dollar sign around his neck. As the title suggests, there's a lot of bling from Akshay's glittering turban and gold gun. 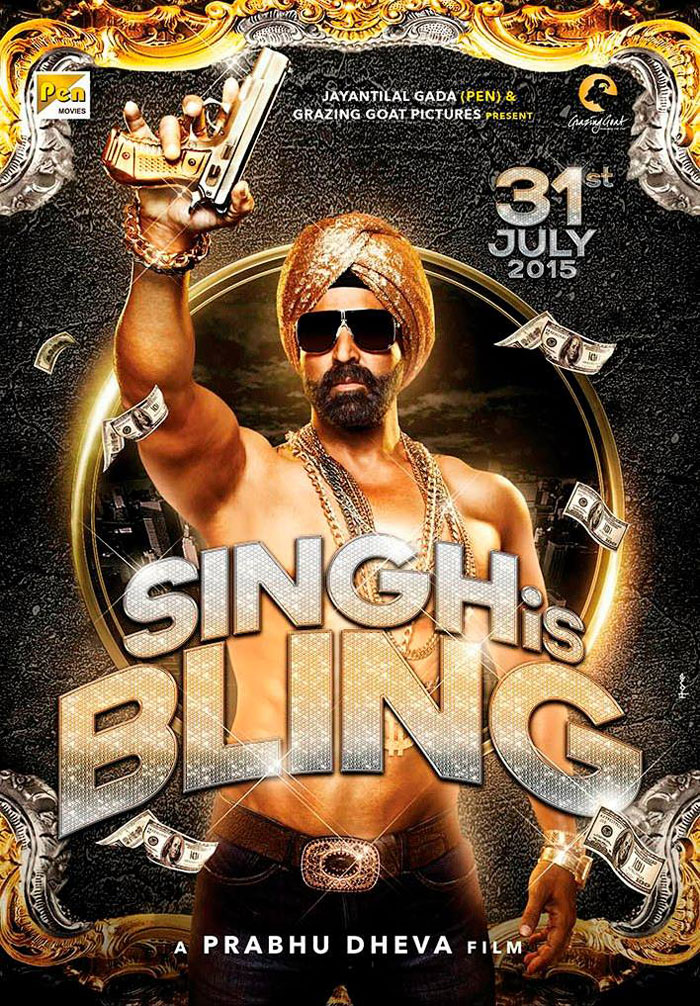 Singh Is Bling reunites Akshay and Katrina who starred in the 2008 hit Singh Is Kinng, 2007's Namastey London and 2010 flop Tees Maar Khan, memorable only for Katrina's Sheila Ki Jawani number. The new movie, directed by Prabhu Deva, is not a sequel to Singh Is Kinng despite the similarity in names. 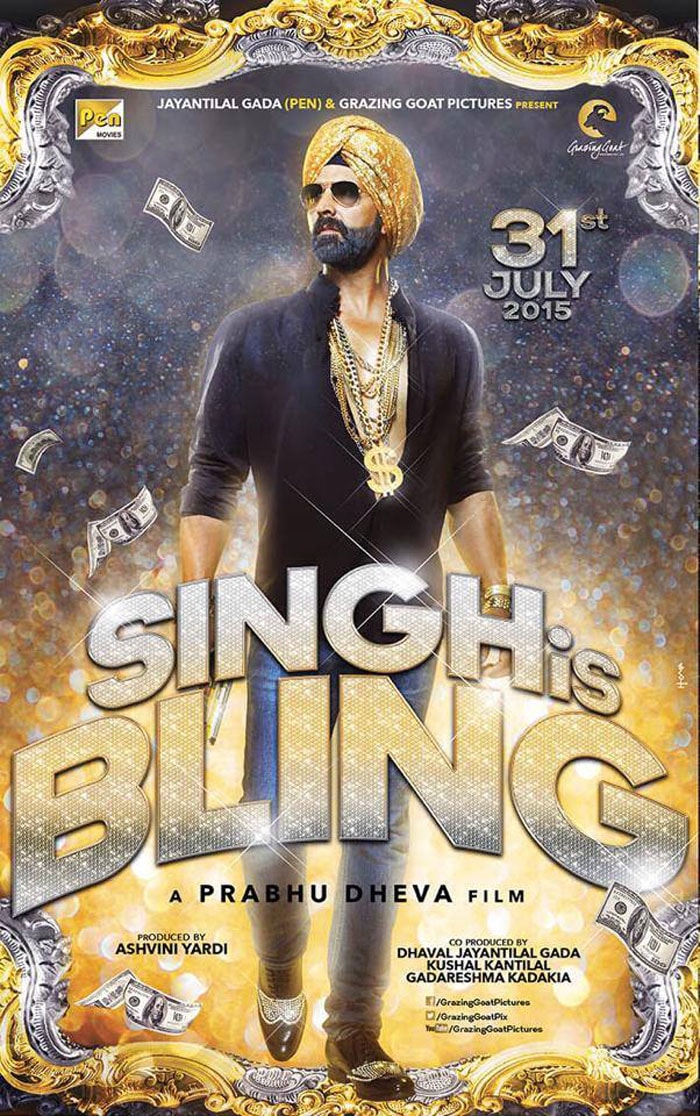 Prabhu Deva directed Akshay in Rowdy Rathore in 2012 and will be working with Katrina, fresh from her Dhoom: 3 success, for the first time.
Singh Is Bling is scheduled to release around Eid in 2015.