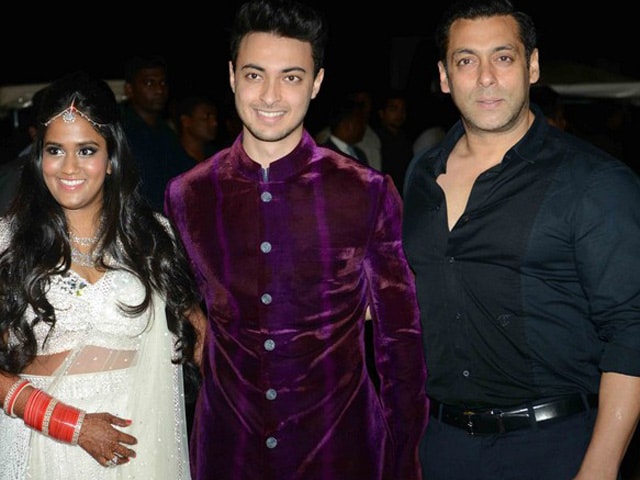 In her speech, Arpita said that she was blessed to be a part of the Khan family.

Arpita asked Priyanka Chopra to read out the speech, dreading she'd break down if she read it herself

At weddings, it's usual for close family and friends of the bride and groom to deliver speeches, but at actor Salman Khan's sister Arpita's recently concluded nuptials, guests heard from the bride.

The Times of India reports that Arpita Khan Sharma wrote a few words for her brothers Salman, Arbaaz and Sohail Khan and her parents Salim Khan, Salma and Helen. Arpita asked actress Priyanka Chopra to read the speech out on her behalf, dreading that she'd break down if she read it herself. (In pics: 10 Best Photos From Arpita Khan's Wedding Album)

In her speech, Arpita said that she was blessed to be a part of the Khan family and praised her brothers, whom she referred to as her "pillars of strength". The report, quoted Arpita as saying, "I am the luckiest girl to be brought up in a family like mine. Sohail bhai and I shared the same room until he got married - he's like a friend to me. Arbaaz bhai is like my guide, he always told me what's good and what's bad. Salman bhai though, has the biggest heart. For him, I can do no wrong. Everything I did, he was there to support me."

Arpita was adopted by Salim Khan when she was very little. She is the youngest of the five Khan siblings and doted on by her elder brothers and sister Alvira. (Also Read: Katrina Kaif Gets a Kaleera From Arpita Khan)

A reception is reportedly planned in Mumbai on November 21.