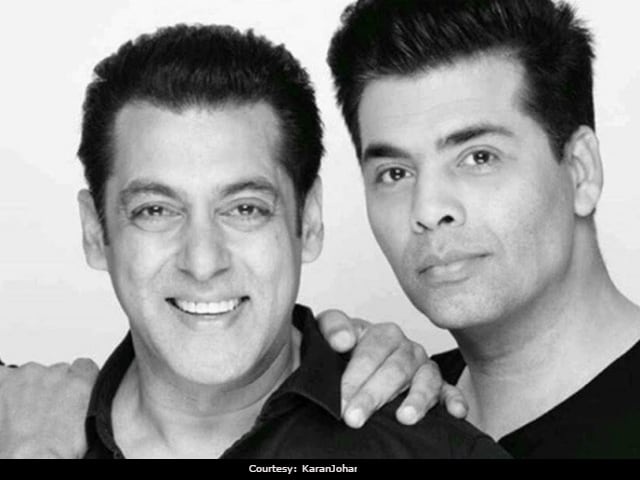 When two films happen to release on the same day, Shah Rukh Khan's Raees and Hrithik Roshan's Kaabil just did, Bollywood usually scrambles to tell anyone who cares to listen that there's always space at the box office for more than one film. Filmmaker Karan Johar, however, has now admitted that picking a release date involves navigating often tricky territory. Raees backed away from a clash with Salman Khan's Sultan last Eid - Mr Johar says he would do the same. Speaking at the launch of the trailer of his new production Badrinath Ki Dulhania in Mumbai, Karan Johar said, "I don't want to (release films during Eid). That is owned by Salman Khan... We are here to release films so that we can optimise numbers. We have to look at who is releasing a film before and after us and choose a right date accordingly," news agency PTI reported.
The 'right date' could either cash in on the potentially more profitable holiday weekends or ensure that the film runs unchallenged by a bigger release for a couple of weekends at least. In what has become a recently established tradition in Bollywood, festivals are divided up Khan-wise: Eid belongs to Salman, as everyone seems to concede now; Diwali often has a Shah Rukh Khan film booked and Christmas is reserved for Aamir Khan. Last August, Akshay Kumar's Rustom and Hrithik Roshan's Mohenjo Daro opened together on the Independence Day weekend.
Making a date with the box office is a potential minefield. "We have to see lot of verticals before releasing a film. We have to strategies a release date, the post work of a film is very critical. The release date is becoming more challenging and we toy about it a lot," Karan Johar explained, reported PTI.
He should know - his film Ae Dil Hai Mushkil clashed Ajay Devgn's Shivaay last Diwali, rather unpleasantly with Ajay posting what appeared to be evidence that Karan Johar had paid for favourable tweets of his film (he hadn't). It was a reminder that Bollywood is ruthless about bottomlines and the pursuit of profit or potential lack of it often gets ugly.
Badrinath Ki Dulhania, which stars Varun Dhawan and Alia Bhatt, has found itself a festive date not already booked by a Khan. "We are releasing the film on Holi. It's my first festive release so I am very excited. We never get these days (festive dates). I will start from Holi and then move to Diwali, Eid," Varun said, reported PTI. Karan Johar quipped, "We will also clash."
(With inputs from PTI)