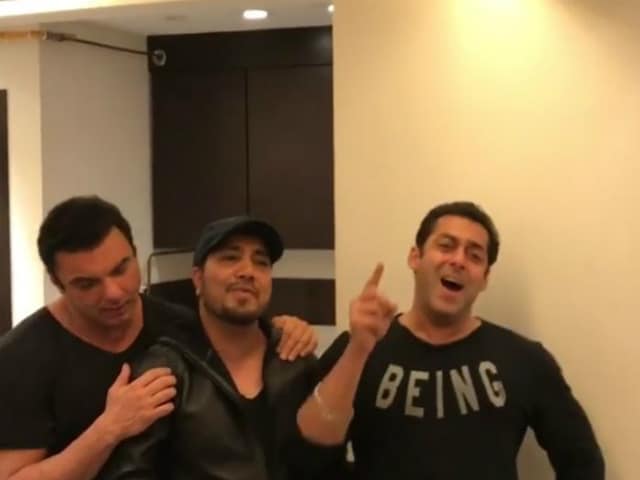 Salman Khan is really the cutest singer ever. It was time for Salman to take the mic once again on Tuesday night - no, he wasn't recording a song for a movie but was wishing his brother Sohail Khan on his birthday. Sohail blew 47 candles out on his special day on December 20 with the Khan-daan and friends in tow. The intimate gathering also included singer Mika Singh, who has sung hit Salman Khan numbers like Jumme Ki Raat Hai from Kick and Sultan's 440 Volt. We also got a glimpse of Salman Khan's ex-girlfriend Sangeeta Bijlani, who is a regular at the Khan family dos. Meanwhile, Salman Khan is just six days short of 51 and prepping to let his hair down on December 27.
Mika shared a video of Salman singing Happy Birthday To You - mid-way through the song Salman forgets the lyrics and looks at Mika for help. He picks up soon and the birthday boy joins. If this was only a glimpse of what went down at Sohail Khan's birthday celebrations, the guests at the Khan family party had a blast for sure.
"Partying with #Salmanbhai..." Mika wrote on Instagram.


Happy birthday to the most amazing person @SohailKhan ... thanxx big bro @BeingSalmanKhan for such an amazing party..gm good night pic.twitter.com/IkqZy5FxsQ

Salman Khan's resume has two songs till now - Hangover from Kick and the title track of Hero - both of which have turned out to be massively popular.
Apart from hosting a party, Salman also tweeted wishing Sohail:

Salman Khan was also part of the festivities on Sohail Khan's elder son Nirvaan's birthday party on December 15. He arrived with his rumoured girlfriend, Romanian actress and model Iulia Vantur but was not photographed together at the party. 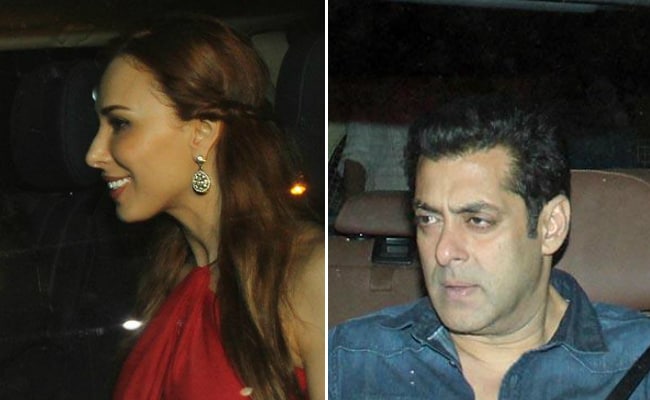 Earlier this month, Salman Khan and brothers - Sohail and Arbaaz - also put up a dabangg show on Karan Johar's weekly talk show Koffee With Karan. The Khan trio left the show host gaping when Salman confessed that the three of them were generous enough to share each other's underwear.
Salman Khan was last seen in Sultan and Kabir Khan's Tubelight is what currently keeps him busy. He will also reprise his role in Tiger Zinda Hai, the sequel to Ek Tha Tiger, with Katrina Kaif. Sohai's last project as director was Freaky Ali, co-starring Nawazuddin Siddiqui. Arbaaz is shooting for his next film with Sunny Leone - Tera Intezaar.