India at Cannes: Cola without the fizz? 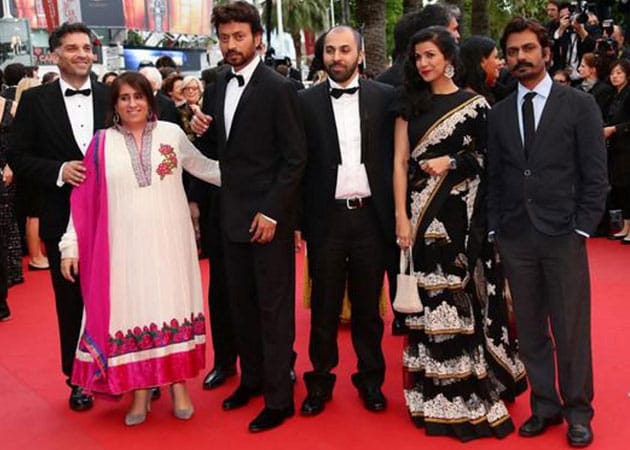 The cast and crew of the film The Lunchbox at the premiere at Cannes. The movie was India's only ray of hope this year.

The hoopla over Indian celebrities and films at Cannes overshadows the harsh reality that it has been 19 years since any Indian film has made it to the Palme d'Or or the Golden Palm section of the prestigious film festival.

The hoopla over Indian celebrities and films at Cannes overshadows the harsh reality that it has been 19 years since any Indian film has made it to the Palme d'Or or the Golden Palm section of the prestigious film festival.
Prominent filmmakers cite the race for clicking at the box office rather than aesthetics as the reason for the dismal performance by one of the most prolific film-producing nations in the world. But there is hope that the new breed of filmmakers will change the scenario and make global audiences connect with Indian celluloid stories.
The last Indian film to compete for Golden Palm was Shaji N. Karun's Swaham in 1994.
India, whose $2 billion film industry churns out over 1,000 films a year, was the guest country at the ongoing 66th Cannes International Film Festival, but unfortunately not a single film was worth being included in either Palme d'Or or Un Certain Regard, in which Ashim Ahluwalia's Miss Lovely participated last year.
The only ray of hope this year was Ritesh Batra's The Lunchbox, which won the Grand Rail d'Or award at the International Critics' Week, a sidebar of the movie extravaganza, known for appreciating and applauding cinematic excellence from around the globe.
Indianised stories replete with the country's values, cultural and improved screenplay techniques can guide Indian films in the competition section, say filmmakers.
A master storyteller, Mahesh Bhatt put it bluntly, saying: "If you go with folded hands to a film festival, they will show you the door."
"Indian cinema can reach there by proudly staying rooted to its own roots. The route to Cannes goes through our own country," Bhatt, the director of films like Saraansh, Arth and Naam, told IANS.
The weak receding culture is the main culprit, according to filmmaker Subhash Ghai.
"The cultural background of the country has become weak, which was once upon a time very strong. No state government has given importance to cultural development. They don't fund; neither do they understand. Cinema is the cultural ambassador; so how can you expect it to compete in the world?" he wondered.
Ghai, known for making films like Saudagar and Ram Lakhan, feels the way to go is to "have international sensibility to express your aesthetics and cultural sensibilities for international appeal". It's quite possible.
In 2010, director Vikramaditya Motwane's debut film Udaan, a film made in Indian milieu but with international soul, was screened in the Uncertain Regard section and became the first film to represent India in a Cannes competition section in seven years.
Agreeing with the two veteran filmmakers, trade analyst Komal Nahta pointed out that filmmakers are running after box-office glory and that is not enough to attract international attention.
"I feel that international appeal is lacking today. Everyone looks for success at the box office. But that does not appeal internationally. Filmmakers are happy to go to Cannes, but that does not mean that they are competing. We must make films, which appeal to the international audience. The international audiences are very different from Indian audiences," he said.
International appeal is not the only element missing from Indian films. Vicky Donor director Shoojit Sircar feels that directors need to work on their screenplays. "We still need to master the technique of screenplay. Satyajit Ray's films have been there as he created that magic. Soon, the new generation directors will also reach there," he said.
Expressing confidence in the new crop of directors, he added: "We are not far and we will reach that point very soon. There is a lot of effort which has been put to reach that stage."
Bhatt feels acceptance at foreign festivals is not the sole measure for a movie's success, adding: "Isn't the population of 1.2 billion enough to tell us?"