India blew its chance at the Oscar, says Danis Tanovic 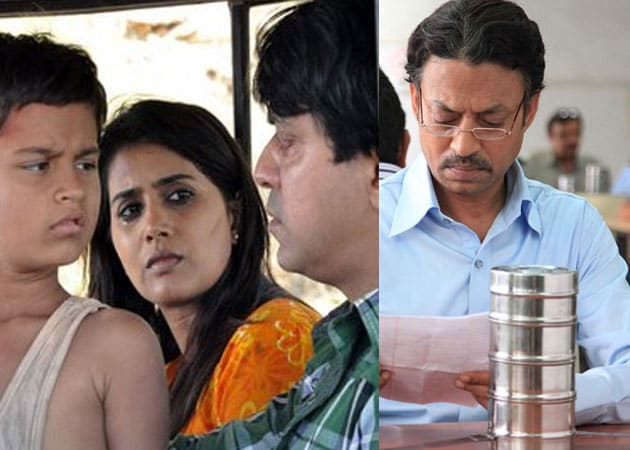 Danis Tanovic says he would give his place to The Lunchbox if he could.

Academy Award winning Bosnian filmmaker Danis Tavonic is upset with Indian decision makers for choosing a "good film" like The Good Road over its "best horse", The Lunchbox as the representative to compete for the Oscar in the best foreign language film category this year.

Academy Award winning Bosnian filmmaker Danis Tavonic is upset with Indian decision makers for choosing a "good film" like The Good Road over its "best horse", The Lunchbox as the representative to compete for the Oscar in the best foreign language film category this year.
And he is not saying it because he is one of the around 20 co-producers of the Irrfan Khan-starrer.
The Film Federation of India (FFI) picked The Good Road, a Gujarati travel drama, which the federation felt reflects an India that our movies usually don't showcase.
"You had a chance and you don't have it anymore," Tanovic said, adding: "If I could give my place to The Lunchbox, I would give it."
His 2001 movie No Man's Land won an Oscar in the best foreign language film category and this year his movie An Episode In The Life Of An Iron Picker will represent his country and compete for the golden statuette.
But instead of talking about it, Tanovic chose to express his disappointment over The Lunchbox not being selected.
"It's still stuck in my throat - the decision... If you ought to win an Oscar, then you put the better horse in the race. The best horse was The Lunchbox," Tanovic told said during a tete-a-tete at the ongoing Abu Dhabi Film Festival (ADFF). The Lunchbox is a simple tale of a unique relationship that develops via a lunchbox between two lonely individuals - one, a lady (Nimrat Kaur) surviving a loveless marriage, and the other, a widower (Irrfan Khan) living with memories of his dead wife.
The movie, directed by first-timer Ritesh Batra, not just won its share of eyeballs in international festival circuit, but was also appreciated at the box office, with many stepping in to watch a movie devoid of Bollywood's bling and song-and-dance routines and yet one that touched several hearts.
Tanovic feels a movie, which was lauded at the film galas in the US, Toronto and in Telluride, stood a better chance.
"They should know it from Lagaan. Lagaan was the last Indian film in the Oscar shortlist and it had the backing of Sony Pictures Classics, due to which they managed it. I spoke to somebody in India and asked them, 'Why did you send The Good Road? The person responded - 'It is a good film'."
"It's not a question of a good film. It's about whether you really want to win an Oscar, or do you want to send a film which you think is great," said Tanovic.
He is confident that The Lunchbox would have at least made it to the shortlist, but says he now knows that his own film Iron Picker stands "10 times more chances" than The Good Road for the feat.
Tanovic hopes India can learn lessons and "next year they put in people who know how the Oscar nomination process works". The need of the hour, he said, is benchmarks.
"If a film goes to three big festivals - like Berlin, Cannes and Venice, I think that film immediately deserves a chance, and then if there is an American distributor or studio like Sony Pictures Classics, who can push it there, you go," said the filmmaker.
"They (the committee) made a bad decision. They should really rethink the way they are dealing with things. If you want to win an Oscar anytime in the future, send a film that really stands a chance. Or just play your thing or choose the artistic thing. It's not about the good film."
"You just blew it," he said about India's chance at the Oscar.