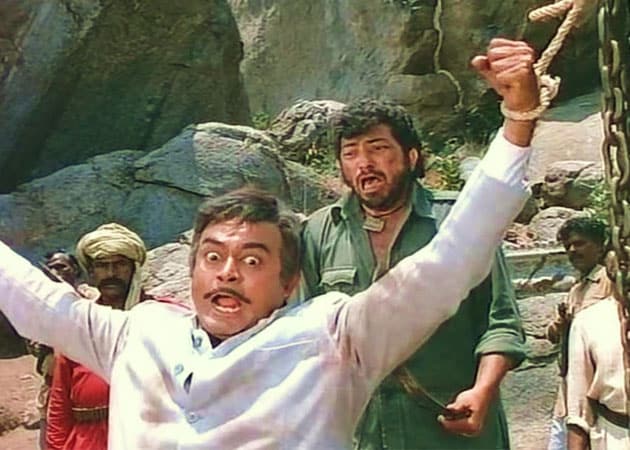 Sholay remains one of India's most famous films, inspiring spin-offs, parodies and even an ill-fated remake. Did you know these facts about the film?

In 1975, an epic Bollywood moment was created when Ramesh Sippy directed Sholay, written by Salim-Javed and starring a now-legendary cast of Amitabh Bachchan, Dharmendra, Hema Malini, Sanjeev Kumar, Jaya Bachchan and Amjad Khan. Sholay, reportedly inspired by Hollywood's 'spaghetti-Westerns,' became and remains one of India's most famous films, inspiring spin-offs, parodies and even an ill-fated remake.
Did you know these facts about the film?
Nobody wanted to watch Sholay when it first released. Attendance in theatres was so low that the film was almost pulled off screens. And then it went on to become the biggest Bollywood hit till Dilwale Dulhaniya Le Jayenge came along, and the first film to celebrate 25 weeks or a silver jubilee in over 100 theatres.
Amjad Khan almost didn't get to play dacoit and ganglord Gabbar Singh, the role that made him famous. Actor Danny Denzongpa was the first choice but had to decline because he was shooting Feroz Khan's Dharmatma in Afghanistan. Amjad Khan was a reluctant second choice because scriptwriter Javed Akhtar thought his voice was too weak to allow him to convincingly play a villain.
Dharmendra, who had praise heaped on him for playing the hard-drinking Veeru, actually wanted to play Thakur Baldev Singh or Gabbar first. He changed his mind when he was told that Sanjeev Kumar - slated to play Thakur - would play Veeru in his stead and get the girl. The girl was played by Hema Malini, the object of both Sanjeev Kumar and Dharmendra's real-life affections. In fact, Hema Malini has no scenes with Thakur Baldev Singh in the film because she had just turned down Sanjeev Kumar's proposal of marriage and didn't want to be around him.
Scenes featuring Gabbar Singh's hideout were shot at the granite rocks in Ramnagram near Bangalore. A part of Ramnagram town was renamed Sippynagar in honour of director Ramesh Sippy.
Actor Sachin, who played Ahmed, reportedly received a refrigerator as part of his acting fee.
Despite being the year's biggest hit, Sholay lost all the Filmfare awards but one - Best Editing for M S Shinde - to Deewar, also starring Amitabh Bachchan.
Real bullets were allegedly used in the climax scene of the film and a stray bullet is said to have narrowly missed Amitabh Bachchan.
Jai and Veeru were named after Salim Khan's friends from college. Baldev Singh was named after Salim Khan's father-in-law, the father of his first wife Salma who's real name was Sushila Charak.
In the original ending, Thakur kills Gabbar. This had to be changed to the police arriving at the last moment after the Censor Board objected to the vigilante-nature of the original ending.
Jaya Bachchan was pregnant with daughter Shweta while the film was being shot, and pregnant with son Abhishek when the film premiered.