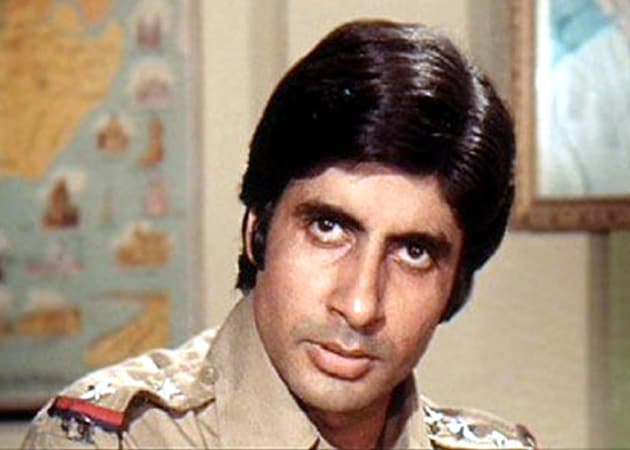 As the Angry Young Man, Amitabh Bachchan created several immortal celluloid moments on-screen. He excelled in playing angst-ridden, wronged, looking-for-revenge characters, often named Vijay.
Some facts about the films and roles that showcased the Angry Young Man:
Amitabh Bachchan was the fifth choice for Zanjeer's Inspector Vijay, film that marked the rise of the Angry Young Man. Dev Anand turned down the film after he was told he couldn't sing playback for himself like he wanted. Raaj Kumar refused the role because he disliked the smell of director Prakash Mehra's brand of hair oil. Dharmendra had no dates free. Rajesh Khanna didn't want to mess with his romantic hero image. Prakash Mehra was at his wit's end when Pran, who was cast as Sher Khan, suggested he watch Amitabh Bachchan in Bombay To Goa. In the fight sequence, Mr Mehra knew he had found his Vijay.
Deewar's Vijay Verma is said to be modeled on real-life gangster Haji Mastan, who began life as a coolie in the docks just like Vijay.
There were no dialogues written for Vijay Verma's death scene in Deewar. Director Yash Chopra gave Amitabh Bachchan carte blanche to ad lib.
Waheeda Rehman had almost been cast as Vijay Verma's mother and she was also playing Amitabh Bachchan's wife in