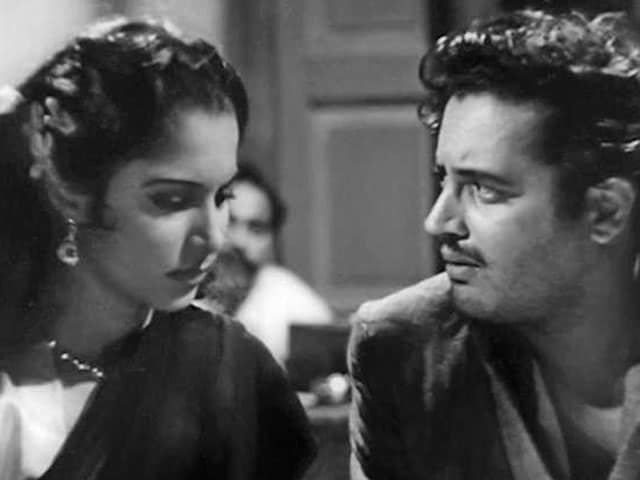 A still from Pyaasa.

The film will compete with 20 other prestigious restored films from all over the world for the coveted title, "Venice Classics Award" for the best restored film, at the 72nd Venice Film Festival that will be held from September 2 to 12

In a significant moment for the Indian film industry, Pyaasa, a timeless Indian cult classic which stars Guru Dutt, Waheeda Rehman and Mala Sinha has become the first film to be restored to its original quality for the upcoming Venice Film Festival to be held next month.
The film will compete with 20 other prestigious restored films from all over the world for the coveted title, "Venice Classics Award" for the best restored film, at the 72nd Venice Film Festival that will be held from September 2 to 12. (Also Read: Amol Palekar Will Head Jury to Select India's Entry for Oscars 2016)
Ultra Media and Entertainment, who are the negative rights owners of Pyaasa, have restored this film for the occasion with an objective of preserving and presenting it in its original quality to the global audience.
The film, which first released in 1957, will be screened on September 11 and 12 in Sala Volpi auditorium.
"It took us nearly four months to restore this film frame by frame and we are happy that the final outcome of the restored version can now be seen in its original form. Out of the many classics that we have restored, Pyaasa has a special place in our hearts," Sushil Kumar Agrawal, CEO, Ultra Media & Entertainment said.
"We are also planning a major theatrical release of Pyaasa post its screening at the Venice Film Festival," he added.
He said that the most challenging part after acquiring the rights of the film was to source the authentic materials, to complete the preservation.
"Thousands of instances of dirt, lines, scratches, splices, warps, jitters and green patches were manually removed, frame by frame under careful supervision by experienced artists," he said.
Mr Agrawal said that the original monaural sound track was remastered at 24-bit from the 35 mm optical soundtrack.
Clicks, thumps, hiss and hum too were manually removed at the sound studio of Ultra Media and Entertainment.
Mr Agrawal added that he film will be presented in its original aspect ratio of 1.33:1.