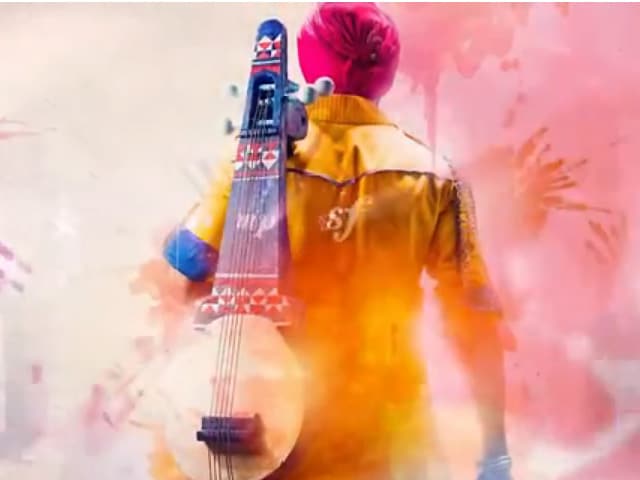 A poster of the film Zubaan.

Drama film Zubaan will open the Busan International Film Festival celebrating its 20th anniversary in October, organisers said Tuesday (August 25), after months of political and financial turmoil surrounding Asia's biggest film event.
The coming-of-age drama involving a young Sikh musician is a debut film by Mozez Singh, and produced by Guneet Monga, a star producer behind international hits including the 2013 romantic comedy, The Lunchbox.
"It's not easy to pick a movie by a first-time director as the opening film, but we had great faith in the producer," executive programmer Kim Ji-Seok told reporters. (Also Read: Bajrangi Bhaijaan to be Screened at Busan Film Festival)
The festival in South Korea's port city of Busan will feature 304 movies from 75 countries, including 94 world premieres.
Launched in 1996, the annual festival has grown into the largest of its kind in Asia.
But it has faced increasing financial strain after government aid was halved, with critics accusing Seoul of trying to pressure organisers over editorial decisions.
The festival came under fire over last year's screening of a controversial documentary about the Sewol ferry disaster in which 300 people died.
Diving Bell cast a critical eye on Seoul's rescue mission during last year's tragedy, and Busan's mayor and the festival chairman had criticised the movie as too political and called on organisers to scrap the screening.
The screening went ahead as scheduled, but the state-run film council cut aid for the festival to about 800 million won ($677,168) from 1.4 billion won last year, prompting angry protests by filmmakers.
Lee Yong-Kwan, co-director of the festival, said the festival on its milestone year would be relatively "quiet" partly due to financial problems.
"Authorities did not change their mind about the slashed budget and we are still slightly underfunded despite funding efforts by many filmmakers," he said.
"But we are grateful that we can manage to hold the festival despite...many problems for the past year," said Mr Lee.
He earlier accused Busan city council of pressing him to resign after last year's festival.
Organisers have sought to shed more light on young, up-and-coming directors in Asia, executive programmer Kim said, adding this year's event will feature more films from Central Asia, the Middle East and Latin America.
Movie celebrities to attend the festival include Chinese actresses Tang Wei and Liu Yifei, Chinese director Jia Zhangke, Taiwanese director Hou Hsiao-hsien and French direcor Leos Carax.
British actress Tilda Swinton is also expected to visit Busan to promote her film, A Bigger Splash, directed by Italian director Luca Guadagnino.
Mountain Cry - a Chinese drama based on an award-winning Chinese novel and directed by another first-time filmmaker Larry Yang - is to close the October 1-10 festival.