Parineeti Chopra tweeted: "Contrary to rumours, I am NOT performing at any IPL ceremony. I am shooting in Hyderabad for Golmaal Again" 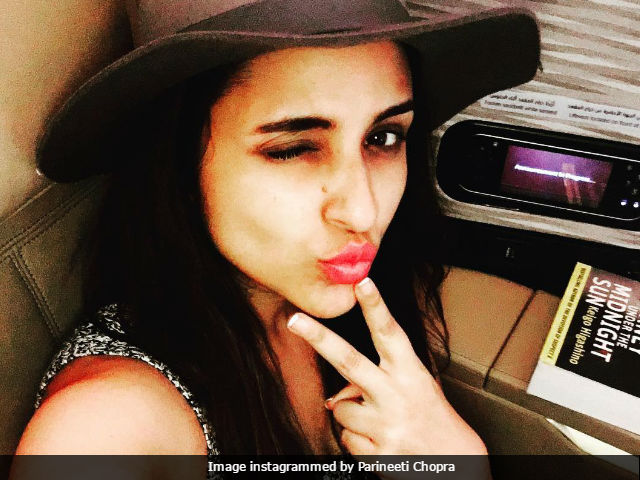 Actress Parineeti Chopra refuted reports suggesting she will perform at the Indian Premier League match on April 15 in a tweet on Saturday. The actress is currently filming Golmaal 4 in Hyderabad with the rest of the film's ensemble cast. On Saturday, Parineeti tweeted: "Guys - contrary to rumours, I am NOT performing at any IPL ceremony. I am shooting in Hyderabad for Golmaal Again!! (sic)." In today's match Delhi Daredevils will play against King XI Punjab in New Delhi's Feroz Shah Kotla stadium. This is the 10th season of Indian Premier League. Parrinetti Chopra's next film is Meri Pyaari Bindu.
Here's what Parineeti Chopra tweeted:


Guys -- contrary to rumours, I am NOT performing at any IPL ceremony. I am shooting in Hyderabad for Golmaal Again!!

Golmaal 4, directed by Rohit Shetty, also stars Ajay Devgnn, Arshad Warsi, Tusshar Kapoor, Shreyas Talpade, Johnny lever and Tabu. Parineeti has been shooting for the film for some time now and earlier shared snippet of what she's been up to in between the shoot.
Like this on here, where Parineeti featured in a boomerang video with Johnny Lever:

Or, when she forced the others to listen to her song from Meri Pyaari Bindu:


My crazy gang!! Trying to show them my song but they are hell bent on troubling me hahaha Love all of them #MaanaKeHumYaarNahin

Parineeti Chopra is simultaneously promoting her upcoming film Meri Pyaari Bindu on social media. The film, co-staring Ayushmann Khurrana, is slated for May 12 release. Parineeti has made her debut as singer in Meri Pyaari Bindu.
Parineeti Chopra's last film was 2014's Kill Dil. The same year she also starred in Hasee Toh Phasee and Daawat-e-Ishq. After all three films failed to generate good box office numbers, Parineeti took a sabbatical of sorts. She returned to the big screen in a special song sequence with Varun Dhawan in Dishoom.
Parineeti hasn't announced any other projects after Meri Pyaari Bindu and Golmaal 4.