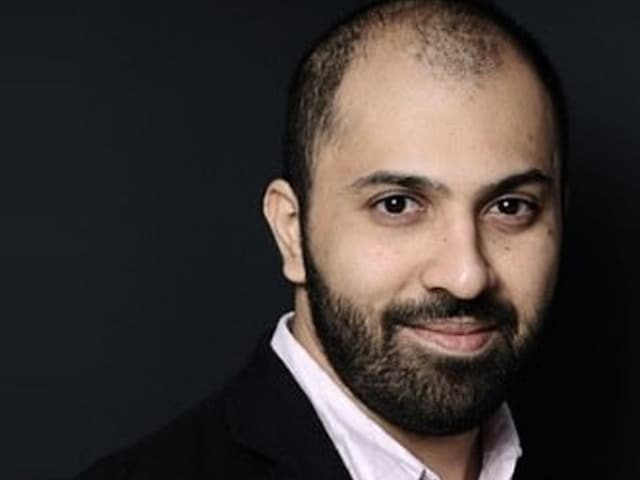 "People should feel that they have already been to India through our stories. And that is really what I like to do," Mr Batra said

He took the taste and flavours of Mumbai's dabbawallas on a global trail with his first feature film, The Lunchbox, which managed the rare feat of appealing to international critics and Indian audiences alike. Ritesh Batra - the man behind the film - says he is on a mission to take Indian stories to the world by making his films a window to India and its culture.
The worldwide success of The Lunchbox has landed Mr Batra an opportunity to direct a British film based on Julian Barnes' novel The Sense of an Ending, featuring Oscar-winning actor Jim Broadbent. Just before leaving for Britain, Mr Batra spoke about the need for telling local Indian stories with a global appeal and how he will continue to be a flag bearer for the same.
"It is important for me to tell Indian stories, which are universal at heart, to the world. Take America, for example. When you go there, you don't feel that you are in a foreign country and that is due to the influx of American content in Hollywood's films and TV shows.
"People should feel that they have already been to India through our stories. And that is really what I like to do," Mr Batra told IANS in a candid tete-a-tete over the phone from Mumbai.
The director feels the film fraternity must work in unity to take audiences across the world 'on an Indian voyage' through the silver screen.
"I think we need to keep doing that as a community. I want to keep on doing that. It is important for all of us".
He did it himself with The Lunchbox by weaving a love story of a lovelorn wife and a lonely man, played by Nimrat Kaur and Irrfan Khan, through a mistaken delivery of a dabba (lunchbox).
The Lunchbox was lauded at several international film extravaganzas in Cannes, Zurich, London and Toronto. It was also nominated in the Film Not in the English Language category of the prestigious British Academy of Film and Television Arts (BAFTA) awards.
Mr Batra says the film's success came as a "gift" to him, and even though he is now out to make a British film, the core of his filmmaking will be "to tell Indian stories to the world".
He said, "It is something I always wanted to do and will continue to do so."
This attempt has also painted a success story for filmmaker Neeraj Ghaywan, whose project Masaan, centred on a group of people in Varanasi, won the International Federation of Film Critics (FIPRESCI) award at the 68th Cannes International Film Festival this year.
Mr Batra, who has also directed short films like Gareeb Nawaz's Taxi and The Masterchef, says it's a good time for independent cinema, but points out that there is need to build audience for such projects in India.
"When films like Court or Masaan succeed, I get thrilled because I think that one person's success is everybody's success. If an independent movie succeeds, it makes my life easier. We have to keep building an audience for movies that matter to us within India as well," he added.
Mr Batra is also in favour of entertaining, simple and powerful stories like Piku and Tanu Weds Manu Returns, which are a sign of a wave of change in Bollywood. He says the numbers garnered by such movies talk for themselves and indicate what the audience is looking for.
On the home turf, Mr Batra is in the process of working on a script called Photograph, which will be based in Mumbai.