Indie films: Small, but not inconsequential 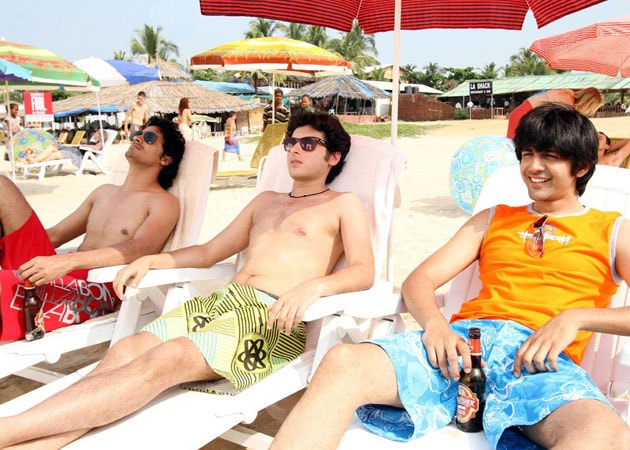 Films like Luv Ranjan's Pyar Ka Punchnama don?t do well at the box office but are YouTube hits

They are high on content and performances but small-budget or indie movies receive step-motherly treatment when it comes to box-office space.

They are high on content and performances but small-budget or indie movies receive step-motherly treatment when it comes to box-office space. Either they are released in hordes or at inappropriate times or there aren't enough showcases for them.
Some time ago I came across footage from Pyaar Ka Punchnama on Facebook and, just out of curiosity, clicked. I was amazed at the way the particular scene had been picturised, the dialogues handled and the overall execution. This prompted me to see one of the best and most entertaining small-budget movies.
Alas! Director Luv Ranjan's offering didn't elicit the right response when it came out in 2011. Starring fresh talent Kartik Aaryan, Raayo Bakhirta, Nushrat Bharucha, Padam Bhola, Sonalli Sehgal, Divyendu Sharma and Ishita Sharma, it came and went without a trace.
But interestingly, the film became a hit on YouTube.
And this is not the only one! There are many such films that were snubbed in the same fashion by viewers. The reason is lack of awareness, the right showcase window and the distributors' lack of interest in releasing them.
Important release dates like Diwali, New Year or summer holidays are by and large hijacked by big-budget big-starrers. Although not all of them yield profits at the box office, they still get preference over the small fries.
For instance, this year, after Madhuri Dixit's much publicised comeback film Dedh Ishqiya, which appealed to the classes and not the masses, a string of small films - Nawazuddin Siddiqui-starrer Miss Lovely as also Karle Pyaar Karle and Parathe Wali Gali (none of which had any known names) were simultaneously released on January 17.
They got their turn at the box office, but except for Miss Lovely, the viewers weren't aware about others and, hence, they failed to pull in the crowds.
Trade analyst Taran Adarsh said that such situations arise because of date crunches.
"The festive season has so many big films coming that there is no other time. Once you make a film, how long can you wait before you release it?" he asked.
Quite true.
In October last year, a bouquet of seven films - comedy-thriller Mickey Virus, romantic drama Ishq Actually, family entertainer Sooper Se Ooper, crime saga Satya 2, political drama Wake Up India, actioner Amdavad Junction, and Bull Bulbul Bandook, a crime drama, got an October 25 slot because Oct 31 was booked for the solo release of Hrithik Roshan's sci-fi superhero drama Krrish 3.
Krrish 3 was alone made at a budget of approximately Rs 150 crore, which is perhaps four times the budget of all the seven films clubbed together.
This is despite the fact that in the past many films such as Neeraj Pandey's A Wednesday, Nishikant Kamat's Mumbai Meri Jaan, Rajkumar Gupta's Aamir, Anusha Rizvi's Peepli Live, Onir's I AM or Shoojit Sircar's Vicky Donor proved that small could be big at the box office.
It's unfair to pan them on the basis of technical sophistication or lack of big names because these filmmakers tell stories set in the real world and, if given a chance, they can strike a chord. The highly appreciated The Lunchbox and the two-part super-hit movie Gangs of Wasseypur are cases in point.
At international film festivals, filmmakers from Iran, Lebanon or Syria bring engrossing stories and despite not being high on technology, they stand out because of the content that often leaves a lasting impression on the viewers.
Israeli film Someone to Run With by director Oded Davidoff, or Franco-Canadian co-production Incendies or the heartwrenching Iranian film Turtles Can Fly are still fresh in the mind because of their subjects, narratives and superlative performances.
The beauty of small films is their unusual stories and the emergence of a new breed of filmmakers like Anand Gandhi, who are trying to popularise indie films by bringing new ideas with movies like Ship of Theseus or Neeraj Pandey's Special 26.
Indo-Canadian filmmaker Jennifer Baichwal said that independent Indian filmmakers are known worldwide and it's high time they got the right platform at home to showcase their films.
Do your bit by choosing to watch the next small fry at the theatres!