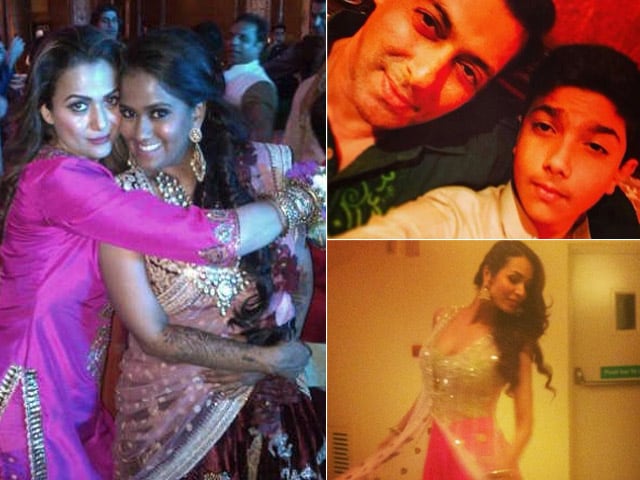 Malaika, Salman and Amrita at Arpita's sangeet ceremony in Mumbai.

Actor Salman Khan's sister Arpita is marrying fiance Aayush Sharma in Hyderabad tonight but the party started in Mumbai on Sunday, November 16. A haldi and mehendi ceremony at the Khan residence, Galaxy Apartments, was followed by a lavish sangeet. (Also Read: Stage Set for Wedding of Salman Khan's Sister in Hyderabad)

The prospective bride was radiant in a maroon and gold lehenga, sparkling with kundans.

She posed with good friend Amrita Arora, who is the younger sister of Arpita's bhabhi Malaika Arora Khan. (Also Read: For Arpita Khan's Groom, a Sherwani Made Specially by the Nizam's Couturier)

Family and friends were also dressed in their very best for the glamorous affair. Arpita's sister-in-law Malaika, who is married to actor-director Arbaaz, was decked up in a glittering cream and pink lehenga by Arpita Mehta. (In Pics - The Big Fat Khan Wedding: Arpita's Sangeet, Aayush's Haldi) 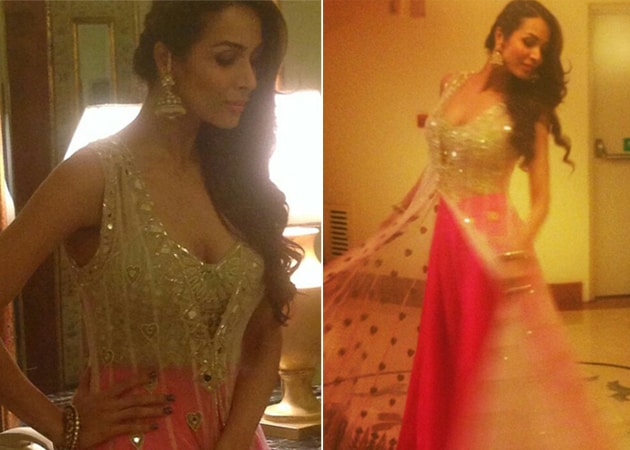 Salman Khan was photographed with a junior Khan. (Arpita Khan?s Wedding: Salman Thanks Fans For Their Wishes ) 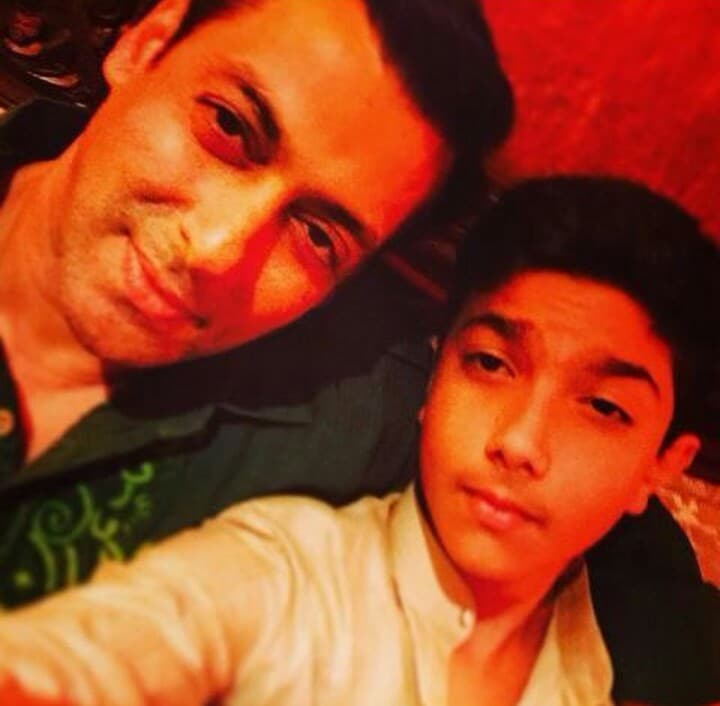 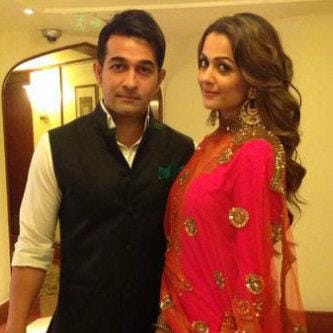 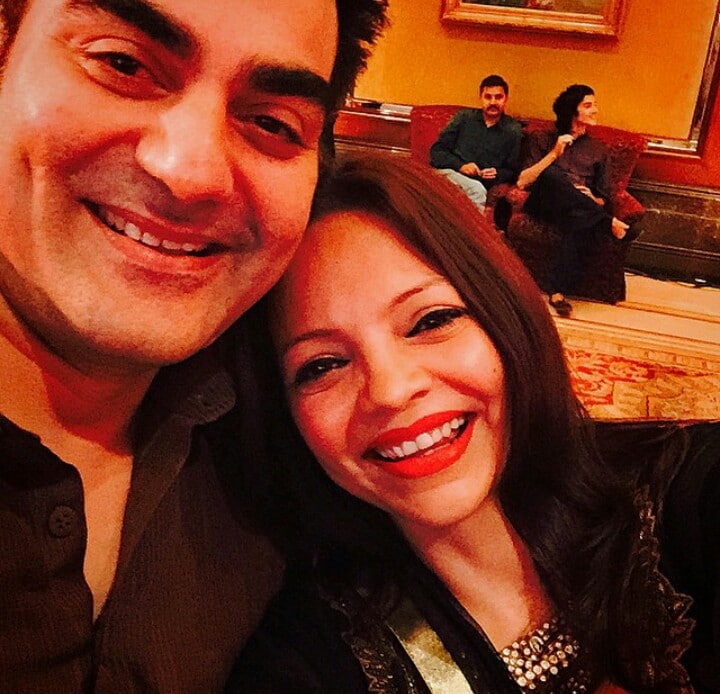 The senior women of the Khan-daan, patriarch Salim Khan's wives Salma and Helen, were also dressed in wedding finery. 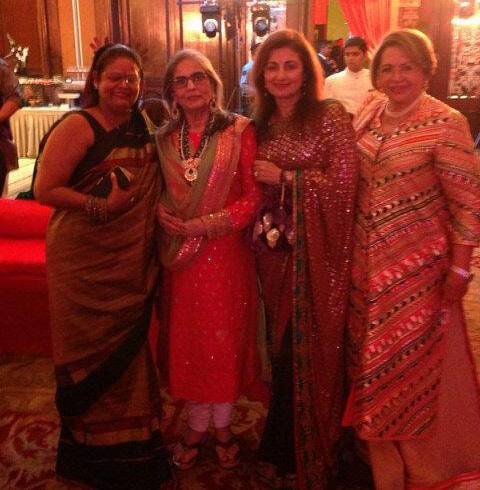 The wedding at Hyderabad's Falaknuma Palace tonight is expected to be a grand star-studded affair. Invites have been sent to the who's who of Bollywood including Amitabh Bachchan, Shah Rukh Khan, Aamir Khan, Katrina Kaif and Deepika Padukone, as well as to political bigwigs including Prime Minister Narendra Modi and President Pranab Mukherjee.

Singer Mika Singh will be performing. He tweeted:

I have already done so many performances this month..But tonight is going to be special with family!My best wishes to dear #Arpita#Aayush

The Khans arrived in Hyderabad yesterday.