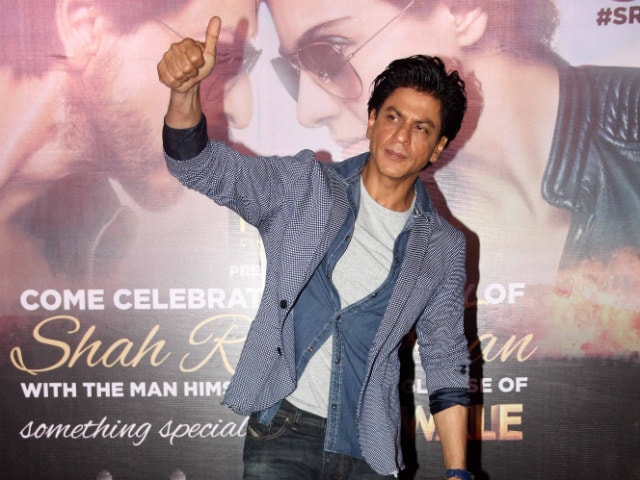 Shah Rukh Khan photographed at an event in Mumbai.

It seems like Shah Rukh Khan is having a fantastic New Year holiday as the actor is currently in Dubai, where he is celebrating with his wife Gauri and children Aryan, Suhana and Abram. A few pictures of his holiday have made its way to the social media, and they clearly suggest that the Dilwala is making the most of his trip.(Also Read: New Year Round Up: How Salman Khan, Akshay Kumar Celebrated)
In Dubai, Shah Rukh also met Sanjay Kapoor:

What a handsome Dilwala! Shah Rukh also posed for a picture with Afghan singer Ghazal Sadat at a New Year party: