Inside Pics: The Best of Bipasha Basu's Bridal Shower 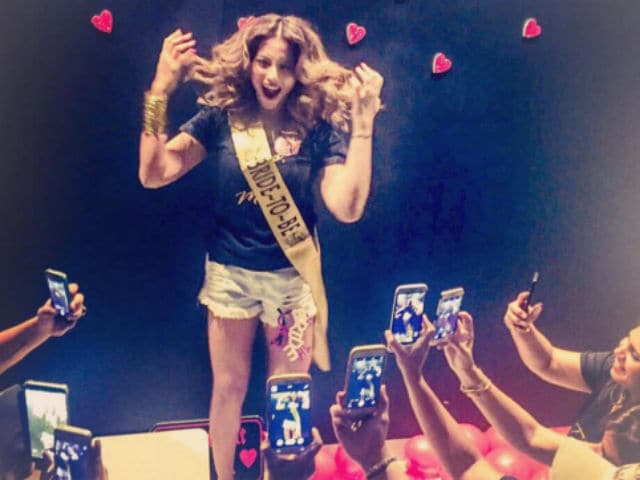 Actors Bipasha Basu and Karan Singh Grover will get married on April 30 as the actress celebrated her bridal shower in Mumbai on April 17 with her close friends and family.
Bipasha, 37, shared several images on Instagram. In this image, the actress is seen wearing a bride-to-be sash:


Am so so so blessed to be loved by so many amazing ladies. My closest friends and my sisters Whattttt a night ladiesThank you all

In this image, Bipasha was photographed in a room decorated with balloons:

And the, the groom 'crashed' her bridal shower:


And guess who crashed my bridal shower ... The groom and his #monkeypack !!!!

Meanwhile, designer Rocky S, who is a close friend of the couple, shared a picture of Karan's bachelor party in Goa:

This will be Karan's third marriage. He was previously married to actresses Shraddha Nigam and Jennifer Winget. Bipasha earlier dated actors John Abraham, Dino Morea and Harman Baweja. (Also Read: Bipasha Basu's Wedding Ring is a Dream. See it to Believe It)
Alone, which also starred Karan, was Bipasha's last Bollywood project while Karan was last seen in Hate Story 3.