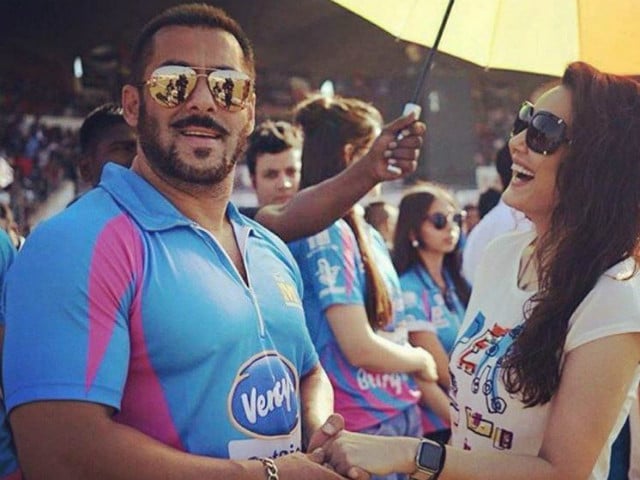 Actress Preity Zinta celebrated her 41st birthday on January 31 with her 'favourite boys,' which included Salman Khan, Sunny Deol and his brother Bobby. She shared pictures on Instagram:


Cannot think of a better way to bring in my birthday #myfavboys Thank you all for the #birthdaywishes #hotty #salman #bobbyd #mumbaiheros #sohail #CCL2016 #happiness #friendsforever Ting !

Preity, who was at a Celebrity Cricket League match in Ahmedabad recently, clicked a selfie with actress Kriti Sanon and former actress Sangeeta Bijlani at the stadium. She also made a confession about Salman: (Also Read: Meet the Man Behind Salman Khan's Muscles in Sultan)

Preity was excited to meet her Farz co-star Sunny Deol:


What a day in Ahmedabad today for the #CCL2016 Wish the #mumbaiheros had won It was soo nice to see #sunnydoel #ghayalonceagain & my fav #bobbyd & #sohail boiling in the sun #fun #happiness #ghayalonceagain #friendship #doels #sohailkhan Ting !

Preity has starred with Sunny in movies like Dillagi and Bhaiyyaji Superjitt, while with Bobby Deol, she has movies like Soldier, Jhoom Barabar Jhoom and Alag. Preity shared screen space with Salman in Dil Ne Jise Apna Kahan and Chori Chori Chupke Chupke. All of them have also appeared together in the 2008 movie Heroes.