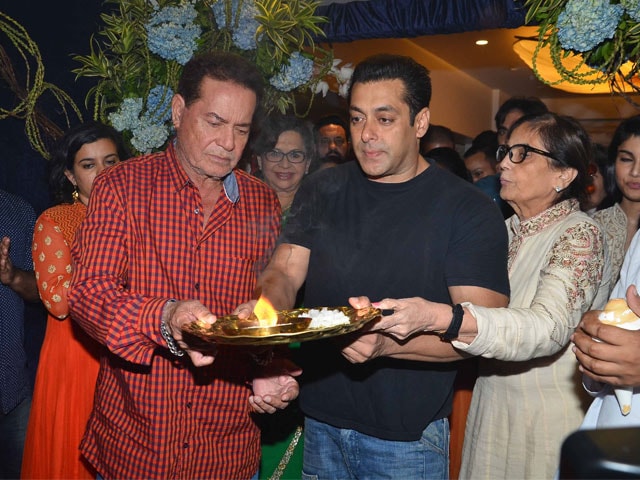 Salman and his family were photographed offering aarti. The list of guests at the pooja included actresses Daisy Shah and Elli Avram who were seen enjoying themselves to the fullest and dancing on the street

Salman Khan, Sanjay Dutt, Shilpa Shetty, Anil Kapoor and Twinkle Khanna were among the many Bollywood celebrities who paid obeisance to Ganpati before sending him off with an immersion ceremony in Mumbai on September 18. (See Pics)
Salman was photographed dancing on the street and enjoying himself to the fullest. He was joined by actresses Daisy Shah and Elli Avram. 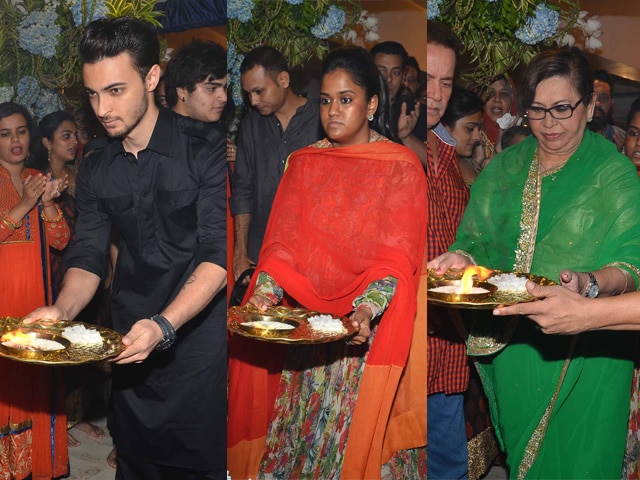 Arpita also tweeted pictures of herself with her mother and mother-in-law:

The Kundras made a colourful picture as they sent their Ganpati off for visarjan. Shilpa Shetty, lovely in a multi-coloured sari, shook a leg with her mother Sunanda. Her husband Raj Kundra carried their son Viaan who looked adorable in a mustard kurta. 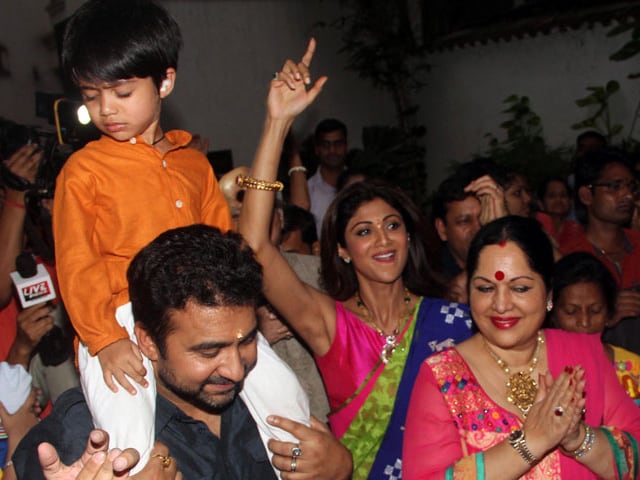 The mood was also festive at the house of Sanjay and Maanyata Dutt, who were joined by their twins Shahraan and Iqra as they immersed Ganpati at their home. Maanyata was dressed in the traditional Maharashtrian green. Sanjay, who is out on a 30-day parole from Pune's Yerwada jail, wore white and seemed thrilled to be with his family.

Actor Akshay Kumar's wife, author Twinkle Khanna drove down for the immersion with her son Aarav and daughter Nitara.

Hrithik Roshan's ex-wife Sussanne Khan was all smiles as she posed for a picture with her sons Hrehaan and Hridhaan at the Roshans' residence. Among the other Bollywood personalities who celebrated Ganesh Chaturthi at their homes were Anil Kapoor, Sonali Bendre, Shraddha and Siddhanth Kapoor, Padmini Kolhapure and Divya Dutta. 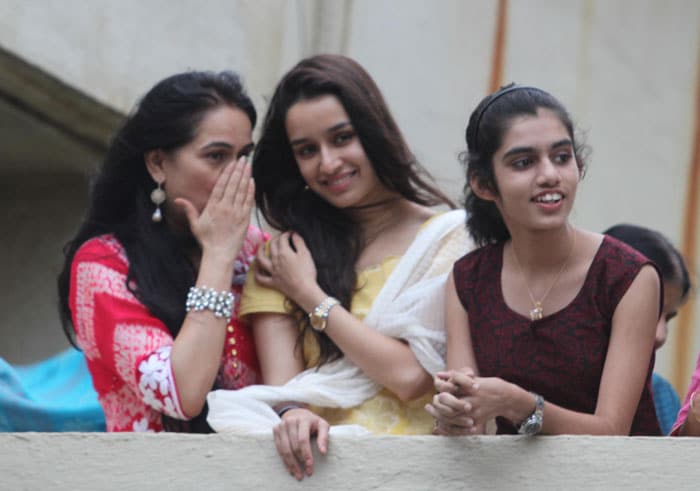