From the pebbled streets of London and street markets to the parks and the Big Ben, Soha and Kunal left footprints everywhere 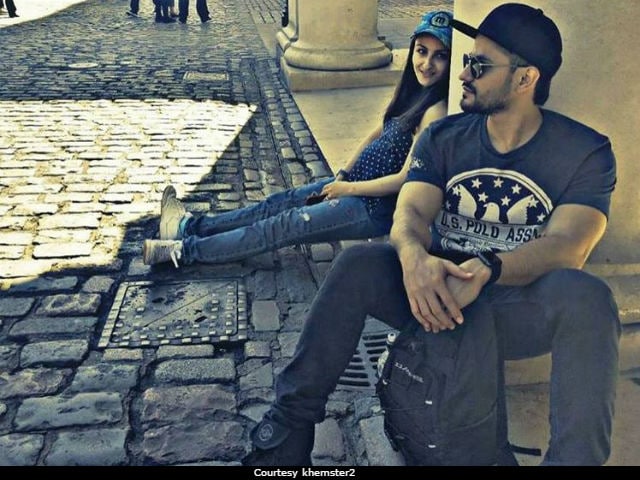 Soha Ali Khan and Kunal Khemmu are currently holidaying in London and sharing envy inducing photographs on social media. Their Instagram diaries are proof that Soha and Kunal, who are expecting her first child together, is having a lot of fun on their babymoon. And it appears that Soha is high on hippie vibes. "Feeling hippie (no pun intended)," Soha captioned one of her postcard worthy memories. From the pebbled streets of London and street markets to the parks and the Big Ben, Soha and Kunal left footprints everywhere. There's also a glimpse of Soha's fancy maternity wardrobe on her Instagram feed - she looks particularly pretty in a printed maxi with a headband and white shoes.
This is what happens when Soha Ali Khan and Kunal Khemmu are on vacation mode:

The (not so) Big Ben #streetphotography #london2017

Earlier, Soha said she is in a happy space with Kunal and her family by her side during her pregnancy. "I have my and Kunal's family. Kunal has been a wonderful partner and this phase can be overwhelming for the to-be mother and father. He has done very well," she told IANS.
In an interview to IANS, Soha also added that her sister-in-law, newly turned mother, Kareena Kapoor has been guiding her through pregnancy. "Kareena has been very helpful. She recently went through this. So, I keep asking her a lot of questions on a daily basis. What should I eat, what is allowed, what isn't," Soha told IANS. In December last year, a new member joined the Pataudi family as Kareena Kapoor and Saif Ali Khan welcomed first child, a son they have named Taimur Ali Khan.
Soha Ali Khan, 38 and Kunal Khemmu, 34, met on the sets of 2009 film Dhoondte Reh Jaaoge and had a close-knit wedding in 2015.