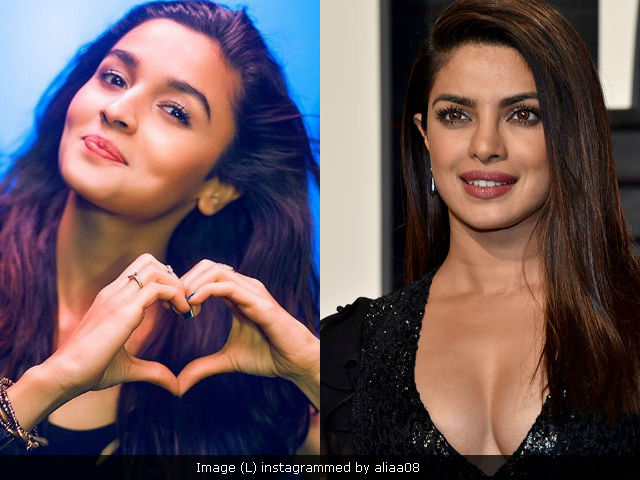 Bollywood, which has been trying to reverse it's poor record in gender equality with films like Rangoon, Neerja, Akira, and Queen, has set out to mark International Women's Day. Bollywoodwallahs like Priyanka Chopra, Alia Bhatt, Sunny Leone, Madhuri Dixit, Sushmita Sen wished their followers and some also shared inspiring messages, thoughts and images. Alia who is awaiting the release of Badrinath Ki Dulhania in which she is playing the role of a strong independent young woman, also launched a special emoticon for Women's Day in a tweet. The 23-year-old actress also retweeted her mother Soni Razdan's initiative in which Bollywood actresses are "uniting to fight back basic human rights. The right to a decent toilet!" International Women's Day is celebrated every year on March 8.
Priyanka Chopra, who'll be next seen in Hollywood film Baywatch, tweeted to wish and create awareness about the Girl Rising campaign:


This Women's Day, let's celebrate every woman, every girl. #ThatGirlIsYou#ThatGirlIsMe@GirlRisingIndia@kommuneitypic.twitter.com/VBAwQWurbo

Phillauri star Anushka Sharma and Dilwale actress Kriti Sanon had an important message for their followers:


Mothers, daughters, wives. All these inspire us in life. For all that you have done against all odds, Thank you. Happy Women's Day! pic.twitter.com/Yh0mVcHRvm


Launching the #WomensDay emoticon & summing it up with my fav quote, Let her sleep for when she wakes, she will move mountains. G'night

Happy Women's Day b'ful p'ple!!!thank u for ur wishes! My respect 2 all d "Men" who CELEBRATE being a part of "WoMen"Love u guys

Here's to celebrating women everyday! But for today, have an even more special one !! Happy #Womensday

Here's to the 2 women in my life, that made me realise why women must be celebrated ! Happy #womensdaypic.twitter.com/6Y4MOXMFnu

Ahead of International Women's Day, Naam Shabana lead actress Taapsee Pannu posted a self-defence tip video with co-actor Akshay Kumar. Also, a short film titled Naked, starring Kalki Koechlin, will be released today. "We girls are up to no good again this short is releasing on women's day," the actress revealed earlier.


We girls are up to no good again this short is releasing on women's day. #8thmarch@ritabharipaulinpic.twitter.com/UmhfOIN9HU