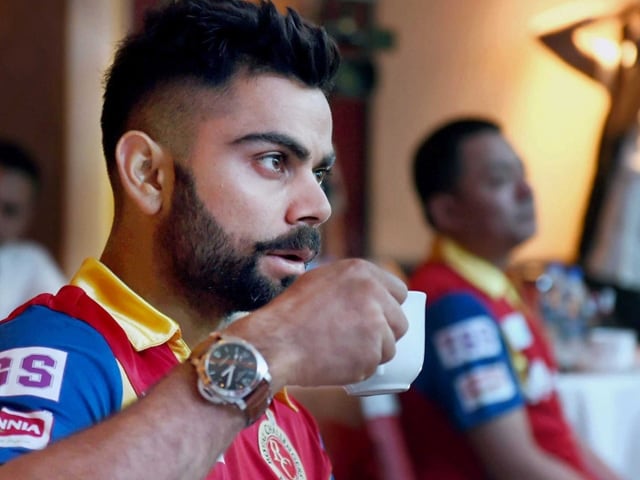 Star batsman and Royal Challengers Bangalore captain Virat Kohli seemed impressed as his girlfriend, Bollywood actress Anushka Sharma, set the stage on fire with her performance at the glitzy opening ceremony of the Indian Premier League here on Tuesday.
TV cameras kept zooming in to focus on Virat as Anushka danced to the tunes of popular songs from her movies at the Salt Lake Stadium here. Seeming embarrassed at first, the cricket icon was later seen smiling as he watched Anushka perform.
Virat and Anushka arrived in Kolkata on Monday and were were spotted together at the airport.