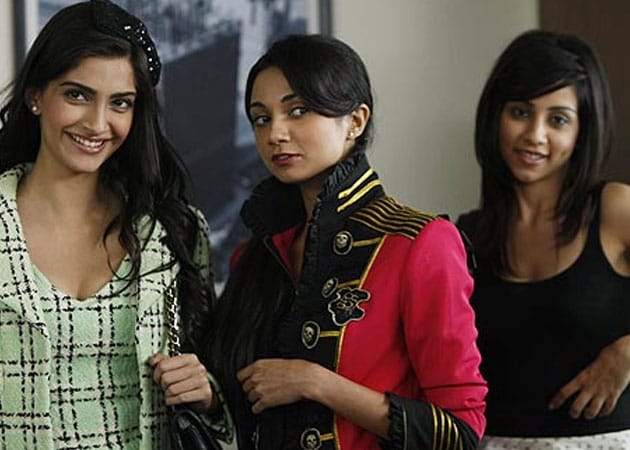 Ira was last seen in the movie Aisha

Ira Dubey admires her mother, actress Lillete Dubey's work and also takes tips from her on various things, but says she doesn't imitate anyone on-screen, including her mom.

Aisha fame Ira Dubey admires her mother, actress Lillete Dubey's work and also takes tips from her on various things, but says she doesn't imitate anyone on-screen, including her mom.
"I am not trying to ape or imitate anybody, including my mom. There is a lot of diversity in the work she has done. I have no specific agenda as such for films," Ira said.
"Ten years ago, films were not even on my agenda. But then I felt that today there is a space where young people are becoming actors, screenwriters and directors. The young breed is very different," she added.
Realistic cinema by youngsters motivated her to enter filmdom.
"Indian cinema has evolved a lot. Mirch-masala Bollywood blockbusters are going hand in hand with films of different nature. The trend towards realism is very encouraging for actors like me. Our breed is of realistic actors," she said.
But having said that, the actress is not against commercial cinema.
Talking about her relationship with her mother, Ira said she often takes advise from her.
"I do take advise from her. My mom and I have a wonderful relationship. She has directed me on stage as well. She is a powerhouse of talent. I am very proud to be her daughter and I admire many qualities in her," she said.
"I have grown up in the world of theatre. When I came back after studying theatre, I started acting with my mother. Our working relationship is wonderful. We give each other a lot of ideas and there is a lot of give and take," she added.
But when it comes to decision making, Ira's mom encourages her to be independent.
"She is always encouraging me to make my own choices. I would talk to her about it, in fact, to both my parents (mom Lillete and dad Ravi Dubey) and my sister (Neha). Ultimately the decision and the choices that I make are my own. I want it to be like that because ultimately it is your talent that speaks," she said.
The actress is very proud of her mother's filmography that includes Monsoon Wedding, Kal Ho Naa Ho and Baghban.
"As far as her direction and acting work in films go, I am very proud of her as she has done a variety of films in a short time. She only entered the film world 10 years ago," she said.
Ira will next be seen in Zaalim Dilli. Directed by Jaspinder Kaur Baweja, it also stars Jackie Shroff and Divyendu Sharma among others.