Irrfan Khan: Was Longing to do a Film Like Piku 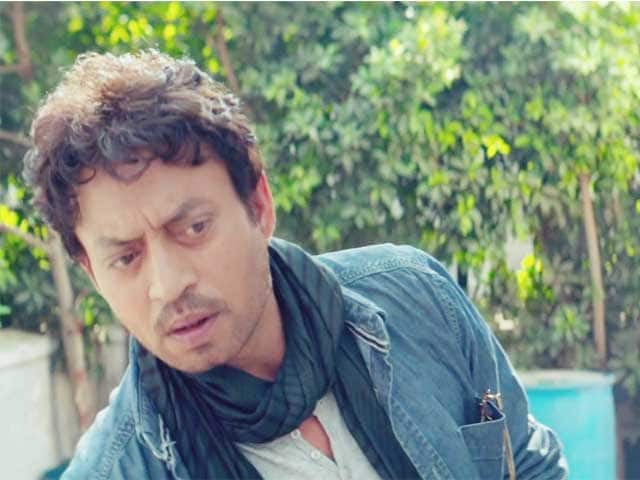 Irrfan in a still from Piku

"It is a very entertaining and engaging film and love is a very important part of this story. It was Shoojit's trust in me that he gave me a romantic lead," revealed Irrfan

Irrfan Khan is glad that director Shoojit Sircar offered him a romantic role opposite Deepika Padukone in Piku, a love story full of endearing moments and gestures.
In the film, Irrfan plays the role of Rana Chaudhary, who runs a cab service in Delhi and rides into Piku and her father's life.
The actor revealed that the movie was an emotional, but 'fun ride' for Deepika, Amitabh Bachchan and him.
"It is a very entertaining and engaging film and love is a very important part of this story. It was Shoojit's trust in me that he gave me a romantic lead. I was longing to do something like this. I also wanted to do comedy. Coincidently, I got both these elements in Piku," Irrfan told PTI in an interview.
The Namesake star, 48, said the moments of silence in the movie stood out as they shot the film as if they were doing a theatre production.
"We were shooting on the Gujarat highway and we were in the car. The director and actor can talk very little because there is an urgency in such scenes. In this scene, which is very small, I have to give her a look and say something because we have been travelling for a long time. It is just a look but so beautiful. Shoojit was emotional after seeing it."
He loved the way Shoojit Sircar extracted a restrained performance from his actors.
"I found it very interesting that he is not underlining stuff for the audience. There is so much unsaid that goes between the characters. I enjoy this style of storytelling, where it is not just dialogues but you are communicating with every breath and gesture," he said.
Irrfan, who worked with Big B for the first time in the film, said he loved every moment of their scenes together.
"Bachchan saab is Bachchan saab. I have been offered roles with him earlier but nothing materialised so when you get a chance to work with him, you want to make it as memorable as possible. It was exciting to be with all the actors be it Deepika or Moushumi Chatterjee. It was very engaging."
Irrfan said Bollywood was in the phase of redefining itself as the viewers expect more from the films they watch.
"It is new Bollywood. Audience is waiting for Bollywood to redefine itself. We should incorporate the intelligence of audience. I feel directors like Shoojit and writers like Juhi (Chaturvedi) will take it in a different direction.