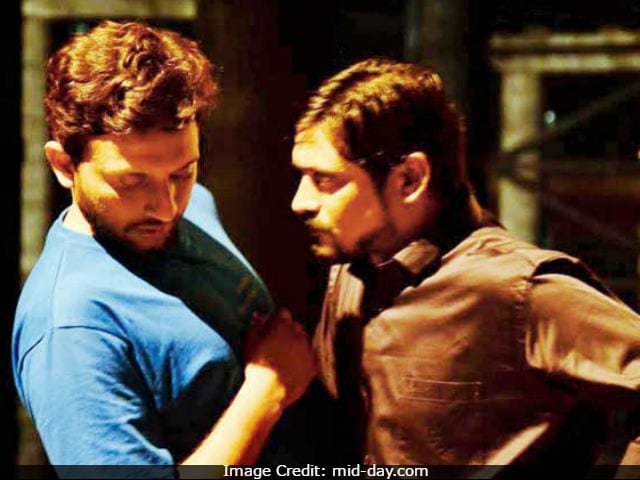 A still from the film Sameer

Censor Board has demanded a crucial line to be cut from a forthcoming movie because three words in it are the same as the title of Prime Minister Narendra Modi's monthly radio address to the nation, Mann Ki Baat

In a peculiar move that could only be described as the Censor Board being more loyal than the king, the sensitive. Board has demanded a crucial line to be cut from a forthcoming movie-not because it's obscene, defamatory, or racially/communally But because three words in it are the same as the title of Prime Minister Narendra Modi's monthly radio address to the nation, Mann Ki Baat! In the final scene of Dakxin Chhara's film Sameer, a series of twists reveals the actual identity of the lead character (Subrat Dutta). The villain (Zeeshan Mohamed), at this point tells him, "Ek mann ki baat kahoon?Tum character accha bana lete ho!" The hero retorts, "Waise sir, chai se ch***ya banana aap hi se seekha hai!"
While the Board had no objection to the expletive in the second line, and could place it in the context of a character who always offers tea during conversations in the film, director Chhara says, "They categorically asked for the words 'Mann ki baat' to be removed from the first sentence. When I approached the Censor Board chief Pahlaj Nihalani, he told me: PM ka radio show hai, delete the line." Under what guidelines of the Cinematograph Act was this decision taken has not been made clear to the filmmaker, who claims, "We were not given an oral hearing before Censor Board members, which is supposed to be mandatory. The Board, despite granting us an 'A' (adults only) certificate, asked for certain scenes involving torture, and bomb blast, to be chopped mercilessly. If we comply, the impact of those scenes would be lost altogether."
Chhara's film, a thriller, is ostensibly inspired by the 2008 Ahmedabad serial blasts, and stars, among others, art-house actors Seema Biswas and Anjali Patil. While the Censor Board repeatedly demanding cuts in films has become par for the course, under its current chief Nihalani, their objections continue to get odder still.
The most recent absurdity concerns this Friday's release, Anarkali Of Arrah, where the filmmakers were asked to replace mention of superstar Amitabh Bachchan and the late Amrish Puri in a dialogue, fearing it might "hurt sentiments". The original line in the film was: "Agar tum Amitabh Bachchan ban kar aayee, toh chahti ho ki hum Amrish Puri bann jaaye?" The makers had to replace Bachchan's name with "aaye baaye", while reference to Puri had to be tweaked to "daaye baaye"!
Director Chhara says he plans to challenge the Censor Board's Mann ki baat cut. Nihalani remained unavailable for comment.
(This story has not been edited by NDTV staff and is auto-generated from a syndicated feed.)