Is Rakeysh Omprakash Mehra Not Keeping his Promise to Milkha Singh? 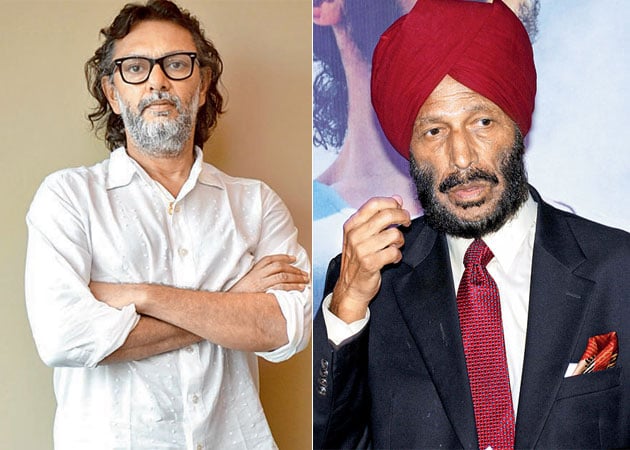 It's been a year since the release of Bhaag Milkha Bhaag, Rakeysh Omprakash Mehra's biopic on Milkha Singh. But the legendary sportsman, who sold the rights to his life story for just one rupee, is yet to receive the sum he was promised after the film's release.

It's been a year since the release of Bhaag Milkha Bhaag, Rakeysh Omprakash Mehra's biopic on Milkha Singh. But the legendary sportsman, who sold the rights to his life story for just one rupee, is yet to receive the sum he was promised after the film's release. It seems that Mr Mehra had told Milkha Singh that he would give 10 per cent of the film's profit to the trust run by the sportsman, but it has emerged that there has been no progress on this front yet.
When contacted, Milkha Singh said, "They have made a good film but I am still waiting for what I was promised. I do not wish to talk about it now as the makers have told me that once Viacom 18 pays them, they would pay me. In fact, they have promised to come and meet me next week. I will know more then.'' It may be recalled that last month, Mumbai Congress leader Charanjit Singh Sapra told this paper that Milkha Singh had called him up to speak about Rakeysh Mehra's broken promise. Sapra tells hitlist, "Milkha Singh called me in the first week of July and he was very hurt and disturbed. He felt cheated by Mehra; he told me that his trust was yet to receive 10 per cent of the film's profit. It is appalling to see a filmmaker treat a legend like Milkha Singh in such a bad fashion. One can only imagine how regular guys would be treated in the industry.''
Charanjit Singh Sapra even wrote to the filmmaker and Viacom 18 but it turns out that there has been no response from either party. "But they recently called Milkha Singh and told him that they would meet him personally in Chandigarh on August 10 or 12,'' Sapra says.
The politician says that there were many other filmmakers who were keen on making a biopic on Mr Singh. "They were ready to pay him a lot of money. Milkha Singh was offered between Rs 2.5 crore to Rs 4 crores by others, but he chose to co-operate with Rakeysh Omprakash Mehra and Prasoon Joshi as a result of which, he sold them rights to his story for just Rs 1. The 10 per cent was promised later by the filmmaker after he saw Milkha Singhji going out of his way to help them with permissions to shoot at stadiums and around military areas," says Sapra.
On his part, Ajit Andhare, COO of Viacom 18 Motion Pictures, says, "Whatever the deal, we can tell you that it is between ROMP (Rakeysh Omprakash Mehra Pictures) and Milkha Singh; we have nothing to do with it. Also, there is no dispute between us and the filmmaker in this case." Rakeysh Omprakash remained unavailable for comment.