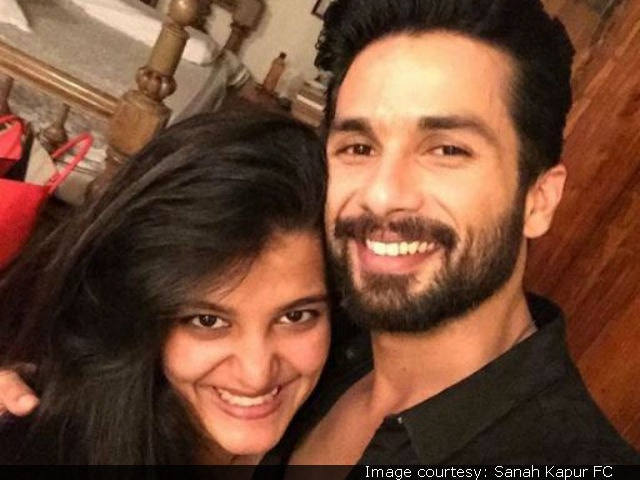 Actor Shahid Kapoor's sister Sanah Kapur, who made her Bollywood debut in 2015 with Shaandar is engaged to actor Mayank Pahwa, reports The Times of India. Mayank is the son of actor couple Manoj Pahwa and Meena Pahwa. The news of Sanah and Manyank's engagement was revealed by late actor Om Puri's wife Nandita during an interview. According to the TOI report, prior to Mr Puri's death, the actor had visited his wife's residence to meet their son, Ishaan, who were at that time attending a party, which was actually Sanah's engagement ceremony. Sanah is the daughter of senior actors Pankaj Kapur and Supriya Pathak. She starred opposite her father, brother Shahid and Alia Bhatt in Vikas Bahl's Shaandar.
Shahid, 35, Instagrammed a picture of his with Sanah a week ago and captioned it as: "Feeling the sister love today."

Sanah, who played Alia's sister in Shaandar earlier told news agency IANS that she always wanted to become an actor. "I knew that I wanted to become an actor since childhood and trained myself to become one. It is my dream though my parents were very strict about my education and they wanted me to earn my degrees."
Shahid's wife Mira Rajput, who recently appeared on Karan Johar's chat show, Koffee With Karan said that she shares close bond with the actor's siblings Sanah and Ruhaan Kapoor. In an interview to news agency PTI, Sanah had said, "Mira is an amazing girl, she is lovely, caring and she fits in the family very easily. We both bonded even before Bhaiya (Shahid) got married as we shared similar interests."
Sanah had received the Big Star Most Entertaining Actor Debut - Female Award for her role in Shaandar.