It's A Wrap For Raabta. Sushant and Kriti Celebrate by Snorkeling

Kriti ensured that her memorable last day for the film was captured on Instagram. 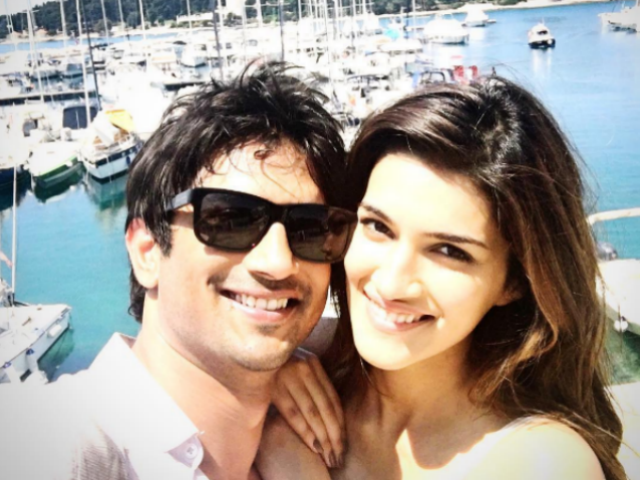 This image was posted on Instagram by Kriti Sanon

Sushant Singh Rajput and Kriti Sanon, who have been shooting in picturesque Mauritius since the last week of July, are snorkelling to celebrate the wrap of their upcoming romantic film, Raabta.
Kriti, 26, has been keeping her fans updated ever since the shoot began in Budapest, Hungary, through her birthday flight to Mauritius, and she ensured that her memorable last day filming was captured on Instagram. She posted a photograph of herself, Sushant, co-star Jim Sarbh, make-up artist Zsombor Agoston and a couple of other crew member informing everyone about their snorkelling plans.


Last Day #snorkelingtime .. Was super fun!! Will miss you guys and will miss you Mauritius! @sushantsinghrajput @makeoutartista @jimsarbhforreal #Raabta

We've been hearing about Kriti's high-octane stunt sequences in Raabta and the rigorous training the actress had to undergo for the sword fighting and mixed martial arts scenes in Raabta. The photograph shows Kriti visibly relaxed after the gruelling shooting schedule.
Sushant Singh Rajput will be gearing up for the release of M S Dhoni: The Untold Story this September and Kriti Sanon will soon start shooting for an untitled film to be directed by Ashwiny Iyer Tiwari (of Nil Battey Sannata fame) after the actors return from Mauritius.

Raabta, directed by Dinesh Vijan, is being produced under the director's banner Maddock Films, and will release on February 10, 2017. ll release on 10 February, 2017.