It's Twinkle Khanna, Not Kumar. 'Got It?' Folks Keep Bringing This Up

A Twitter user thought it would be a good idea to 'remind' Twinkle Khanna that since she's married (to actor Akshay Kumar), her surname should be 'Kumar' and not 'Khanna' 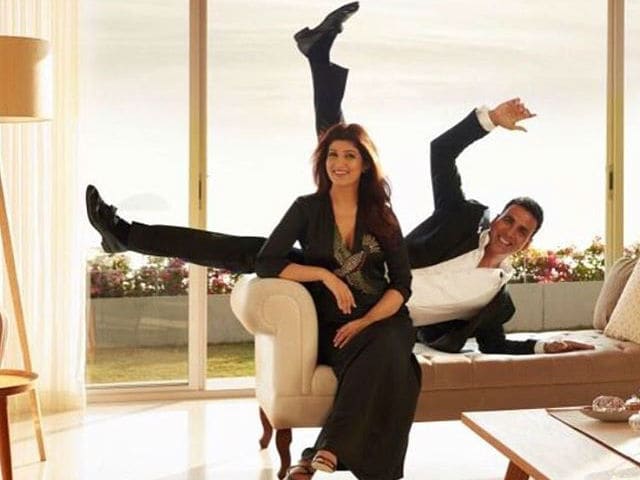 This image was posted on Instagram by Twinkle Khanna

The name's Khanna, Twinkle Khanna.
And... it always will be.
A Twitter user thought it would be a good idea to 'remind' columnist Twinkle Khanna in several impolite tweets that since she's married (to actor Akshay Kumar), she should use the surname 'Kumar' and not 'Khanna' (her father was actor Rajesh Khanna).
Twinkle, 42, responded with her customary directness and with a hashtag that says it all - #MarriedNotBranded:


A lot of people bring this up,though not as stridently as this gentleman-Khanna it will always be #MarriedNotBrandedpic.twitter.com/q4JzS1bzd1

'Got it?'
For the benefit of the sadly under-informed gentleman giving Twinkle life advice, were she to adopt her husband's surname it would be 'Bhatia' not 'Kumar.' Akshay Kumar's real name is Rajeev Bhatia, although he's referred to as 'Mr K' by his wife in her tweets. Nevertheless, she would be Twinkle Bhatia and not Twinkle Kumar should she choose or have chosen to give up her birth surname.
Again, 'got it?'
Twinkle Khanna, who goes by the moniker of 'MrsFunnyBones' on Twitter, married Akshay Kumar in 2001 and together they have a 14-year-old son named Aarav and three-year-old daughter named Nitara.
Twinkle, daughter of actors Rajesh Khanna and Dimple Kapadia, joined the family profession in 1995 with Barsaat and quit acting after 2001 film Love Ke Liye Kuch bhi Karega. She is now a columnist and best-selling author and her first book, titled Mrs FunnyBones: She's Just Like You And A Lot Like Me, sold over one lakh copies, which made her India's best-selling female writer of 2015.
Twinkle, who also owns an interior design store, hasn't entirely turned her back on Bollywood. She co-produced Akshay's films Patiala House, Khiladi 786 and Holiday: A Soldier Is Never Off Duty.
Akshay Kumar will be seen in upcoming film 2.0 with Rajinikanth, Jolly LLB 2 and Crack.