To the dismay of Iulia Vantur's and Salman Khan's fans, the two carefully avoided being photographed together 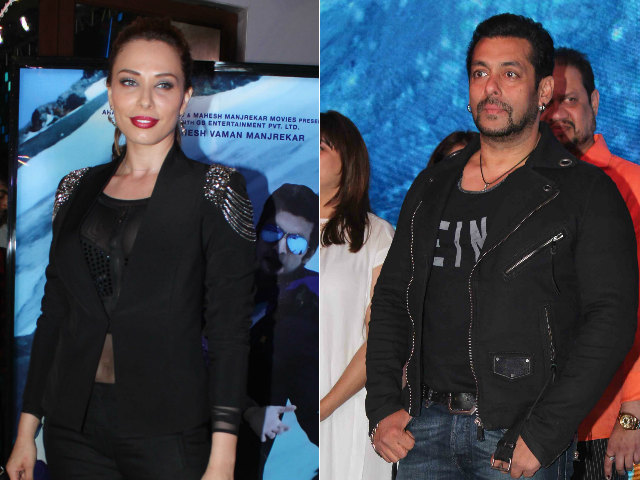 Salman Khan and his rumoured girlfriend Iulia Vantur both attended the music launch of director Mahesh Manjrekar's new Marathi movie Rubik's Cube on Wednesday. But to the dismay of Salman-Iulia fans, the two carefully avoided being photographed together. The event started with a performance by the Romanian model and TV personality while Salman Khan unveiled the music album with a cake-cutting session later. Iulia and Salman were both photographed with the director and on stage but separately. Iulia had reportedly already left the venue when Salman arrived on stage. Iulia and Salman were both dressed in black - Iulia looked smart in an embellished black suit while Salman kept it simple in casuals. 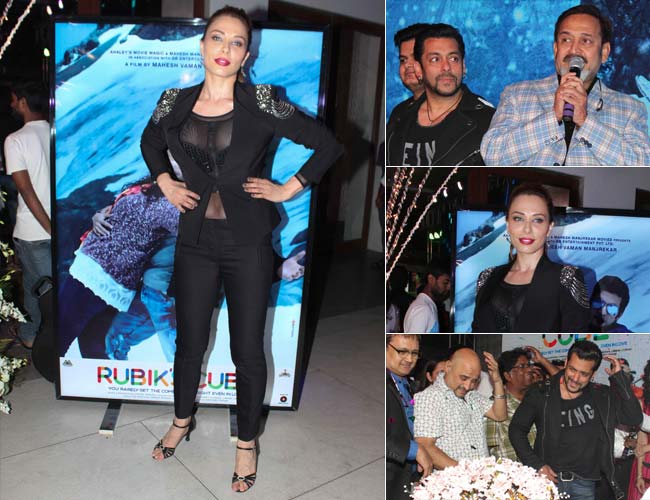 Iulia Vantur does not plan to join Bollywood anytime soon but is spotted regularly at celeb parties, with or without the 51-year-old actor. When asked about her Bollywood plans, Iulia told news agency PTI: "I have no plans to act. In Romania, I have done shows on the stage. I walked the ramp as a fashion showstopper here because I wanted to see how that feels. I have some passions and I want to feel the live experiences. That's why I am doing it. It's not that I really have to follow a career path." Iulia recently made her debut as a singer on Himesh Reshammiya's new album Aap Se Mausiqui.
Salman Khan and Iulia Vantur, 36, have reportedly been dating for some years now. Iulia has frequently been spotted at Salman Khan's family dos such as birthdays, festivals and other get-togethers. Last year, it was reported that Iulia was allegedly offended by Salman's apparent refusal to commit but these appeared to be just rumours when Iulia showed up at Sohail Khan's elder son Nirvaan's birthday party in December. Iulia was also part of Salman Khan's writer father Salim Khan's birthday celebrations at the Khan residence in November.
Last seen in Sultan, Salman Khan wrapped the shooting of Kabir Khan's next film Tubelight this month. The actor also has Tiger Zinda Hai, which is a sequel to 2012 film Ek Tha Tiger, coming up.