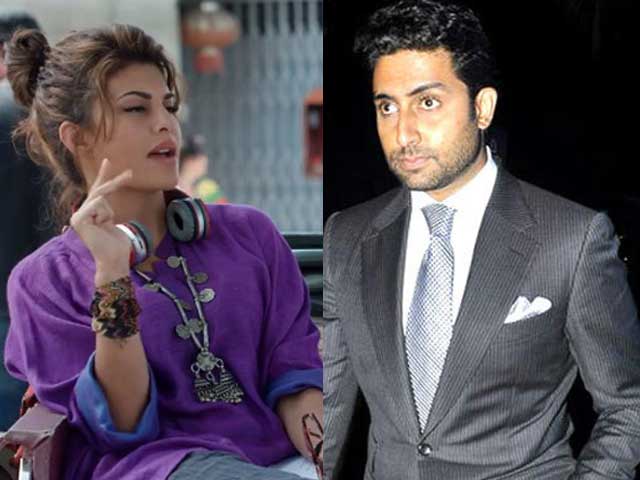 Jacqueline and Abhishek find inspiration from Ranbir and Aishwarya respectively

The year 2014 ended on a high note for actors Abhishek Bachchan and Jacqueline Fernandez, whose films Happy New Year and Kick were blockbuster hits and the actors have ringed in 2015 with a lot of work up their sleeves.

Actor Abhishek Bachchan will be seen in All is Well while his wife, actress Aishwarya Rai Bachchan, will make her Bollywood comeback after a break of five years with Sanjay Gupta's Jazbaa. Talking about Aishwarya's stunning personality, Abhishek says the secret of her beauty is that she always strives to be happy and he tries to learn that from her. He added that Aishwarya is his source of strength and sets an example by being a person with a positive outlook in life.

Meanwhile, actress Jacqueline Fernandez says the year 2014 has been an emotional year for her as her dreams turne into reality with Kick starring Salman Khan. Jacqueline said that she was not getting any work at one point of time in her career until she landed a role in Kick. Jacqueline will be seen opposite Ranbir Kapoor in Roy this year.

Talking about her co-star Ranbir, she said that he brings a sense of peace on the sets. She said that Ranbir is a very easy-going person and a phenomenal actor. Jacqueline said Ranbir comes with an energy that one can feed on and grow as an actor.

Actor Arjun Rampal, who co-stars in Roy said "A lot of hard work, energy and patience has gone into the film and I hope people like it. Also, people will be very surprised to see Jacqueline's role in Roy.

Arjun said he hopes 2015 brings in a lot of success.