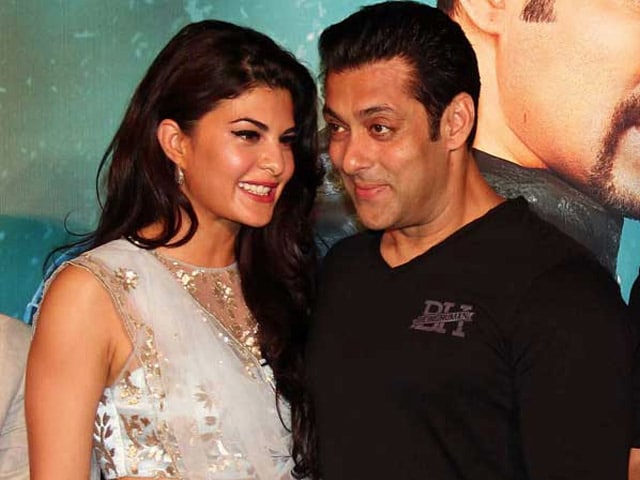 Salman Khan and Jacqueline Fernandez at an event in Mumbai.

"Salman will always be that special person in my life because he was able to change my career. I will never ever forget what he has done for me," said Jacqueline

Bollywood actress Jacqueline Fernandez said that she trusts Salman Khan blindly as the superstar has given a Kick to her career.
"Salman will always be that special person in my life because he was able to change my career. I will never ever forget what he has done for me. On the personal front too, he has advised me as a friend and family, something I couldn't have even asked for," Jacqueline told PTI.
The 29-year-old actress, who played Salman's leading lady in the 2014 hit film Kick, said that the film took her career to a new height.
"Salman is genuinely a nice man who helps people. He is someone who I trust blindly. I think he has been an important person in my life," she added.
Jacqueline also said that she consults the Dabbang star regarding her films. "I do take his advice as he knows the best. He knows what works, he understands the audience well. He also told me that whosoever's advice I take, ultimately the final decision has to be mine," she said.
She said that she has signed three films this year and is looking forward to shoot five movies next year.
"After Kick, this year I did three films. Next year I will be hopefully shooting five films. Kick has taken me where I had wished to be. It is because Kick happened, that I got the opportunity to work every day," she said.
Kick producer Sajid Nadiadwala and Salman would be teaming up again for the sequel of Kick which is Kick 2. However, Jacqueline will not be a part of it.
"I will miss being a part of Kick 2. But the great part is that I was a part of the first project and no one can take that away from me," she said.
Jacqueline will soon be seen in Brothers, which also features Akshay Kumar and Sidharth Malhotra.
Brothers is slated to release on August 14.