Jacqueline Fernandez: No fights with anyone 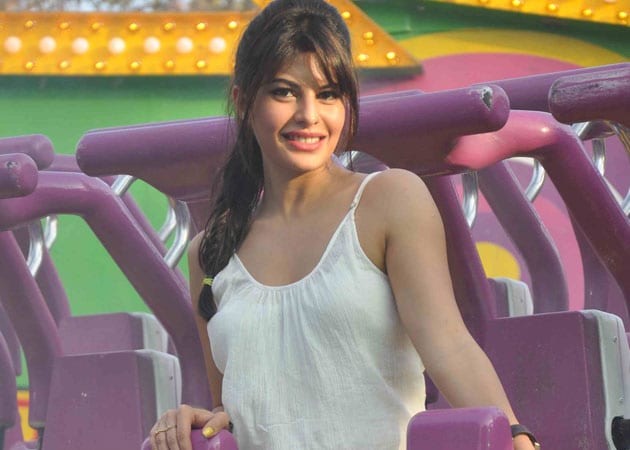 Jacqueline is rumoured to be dating director Sajid Khan

Actress Jacqueline Fernandez has rubbished reports that there are problems between her and director Sajid Khan.

Actress Jacqueline Fernandez has rubbished reports that there are problems between her and director Sajid Khan.
At the Essel World on Sunday, when asked if reports of a fight between the two are true, Jacqueline said: "I can definitely say no fights with anyone."
Sajid and Jacqueline are reportedly dating. And if grapevine is to be believed, Jacqueline had to let go of an item song in an Ekta Kapoor film as Sajid did not want her to do it.
However, she has done one item song Jhappi de de tu abhi in Prabhu Deva's film Ramaiya Vasta Vaiya. Jacqueline is excited about it.
"I just shot an item song for Prabhu Deva. He is launching a new amazing talent and I was extremely excited to be a part of this movie and also to be working with someone as genius as Prabhu Deva," the 27-year-old said here.
Ramaiya Vasta Vaiya marks the debut of producer Kumar Taurani's son Girish Kumar opposite Shruti Haasan.
Meanwhile, Jacqueline is currently busy shooting for a Tips film. She also has a Sajid Khan-untitled film, and another movie titled Roy, in hand.